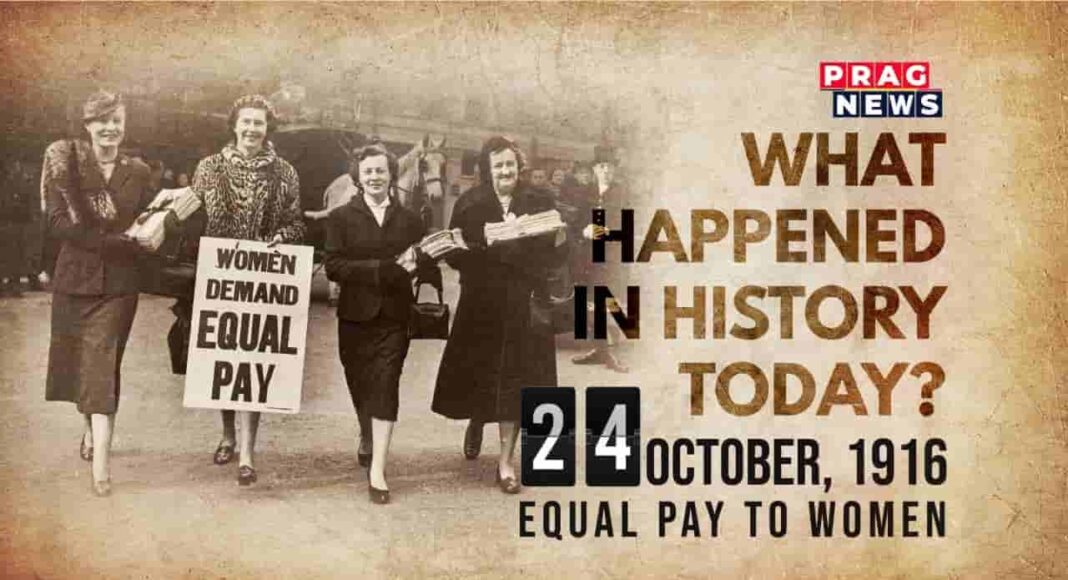 On May 1, 1926, Ford Motors, a Detroit based automobile company becomes one of the first companies in America to adopt a five-day, 40-hour week for workers in its automotive factories.

The policy would be extended to Ford’s office workers the following August.

But what stunned many at that time, was equal pay for equal work policy. A groundbreaking initiative by the company which would then help a wage of developmental strategies for women workers who have been long fighting for their rights.

In early 1914, against a backdrop of widespread unemployment and increasing labor unrest, Ford announced that it would pay its male factory workers a minimum wage of $5 per eight-hour day, upped from a previous rate of $2.34 for nine hours (the policy was adopted for female workers in 1916). The news shocked many in the industry—at the time, $5 per day was nearly double what the average auto worker made—but turned out to be a stroke of brilliance, immediately boosting productivity along the assembly line and building a sense of company loyalty and pride among Ford’s workers.

Women workers began its protest following year, demanding ‘equal pay for equal work’. Though rising the wages for men and also decreasing the working hours from it’s usual 100-hours per week schedule (yes, they worked a lot in factories than spending time with families), this new policy was a new renaissance for the workers, women still urged for a better policy and that in a way of equal pay in the same workplace.

Thus came October 24, 1916, when Ford automobiles understood the importance of keeping his employees happy and accepted the demands of the women workers at Ford’s and thus began the equal pay for equal work norm.

These norms were just the beginning. Changes continued in the coming years, with more flexible timings for workers such as six working days instead of seven.

Whatsoever, now men and women received the pay for their work. No discrimination and equal pay for the hours they dedicated at the automobile company.