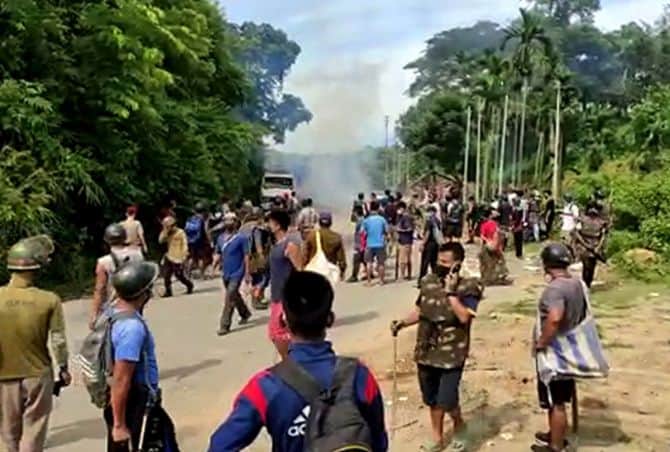 Guwahati: As per top official sources, three representatives from Mizoram will hold a talk with the representatives of Assam. Home Minister Lalchamliana, Land Revenue and Settlement Minister Lalruatkima, including home department secretary Vanlalngaihsaka, will be present in the discussion.

The delegates of Assam, along with the representatives from Mizoram, will discuss matters of frontier conflicts. The talk is specially formulated to find a resolution to the inter-state border disputes.

Mizoram Chief Secretary Lalnunmawia said that the two States’ conference of ministers and officials would be held at Aijal club on Thursday.

According to the sources, the Assam government will send ministers Atul bora and Ashok Singhal to engage in the talks.

A bitter border conflict within the two states had triggered a ferocious dispute on July 26. The dispute brought the death of six Assam Police personnel and one civilian. Around 50 others were injured in the incident.

CM Zoramthanga stated that he was sure the meeting would serve the two States to arrive at a resolution.

“Tomorrow that is August 5, 2021 delegates from Assam Govt. headed by senior minister will meet representatives of Mizoram Govt. led by senior minister. I am certain necessary measures will be achieved for the solution of the border issue,” he tweeted.

Both the states chose to hold discussions to control the escalating tension. Previously, Assam CM Himanta Biswa Sarma stated that he would grant two cabinet ministers to Aizawl for peace talks.

On the other hand, the Mizoram government has directed the state police to withdraw cases filed against Assam CM and officials.