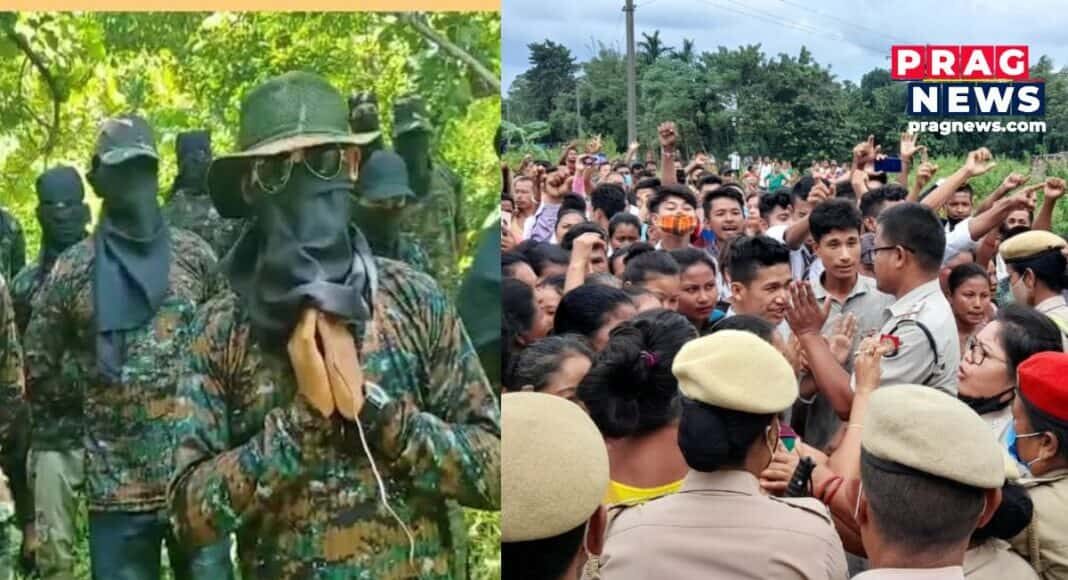 Kokrajhar: Two suspected militants of newly floated United Liberation of Bodoland (ULB) group were killed in a gun fight with police in Assam’s Kokrajhar district in the wee hours of Saturday.

The deceased have been identified as Jongshar Mushahary and Janak Brahma.

The two were gunned down by the police near Ultapani, Kokrajhar, in suspicion to be as cadres of the newly floated militant group – United Liberation of Bodoland (ULB).

However, Jongshar Mushahary’s family members believe it to be a planned murder carried out by Assam Police.

The family members claimed that Jongshar was a former National Democratic Front of Boroland (NDFB) cadre, but he had no connection with any active militant group operating in the region till date.

Today, Jongshar’s family took out a cortege carrying the dead body by bawling the slogan ‘Assam police go back.’

Moreover, General Secretary of Bodoland Students Union Banjit Manjil Basumatary claimed the entire incident was a tragic and the encounter to be a pre-planned murder.

Meanwhile, the newly formed ULB group notified that the deceased were in no way linked with their militant group.

The ULB posted on social media that the Bodoland Territorial Region (BTR) and the present government are solely responsible for killing these two people.

Earlier, in a viral video, the militant outfit ULB warned the law enforcing agencies that if a single ULB cadre is killed, the outfit will retaliate by killing 20, and they stick firmly to their message.

Notably, the existence of ULB would be gloomy after the statement mentioned above.