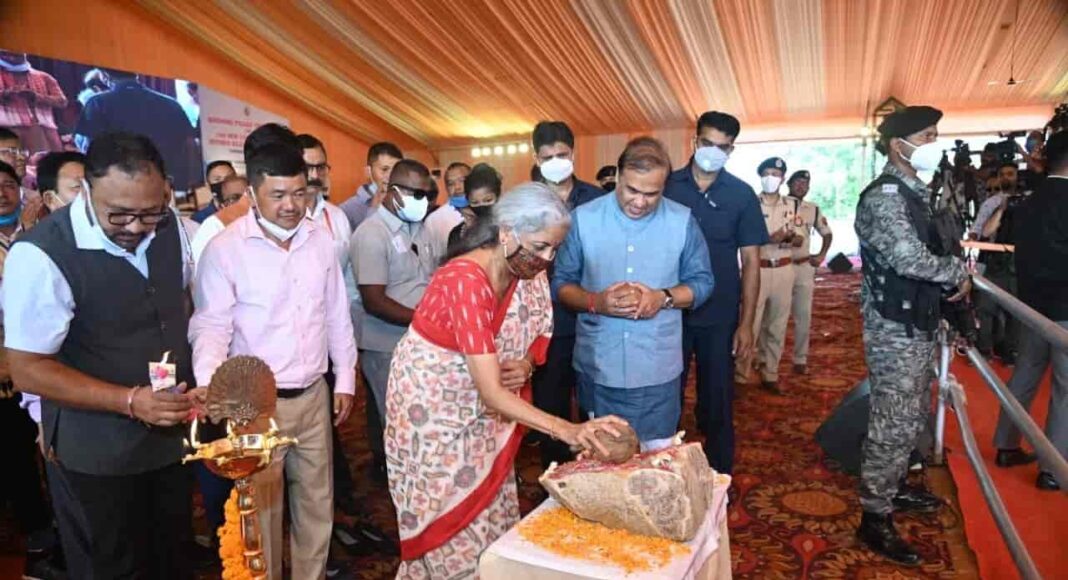 Reportedly, the plant on the Kopili River will increase the electricity supply from clean energy by 469 GWh by 2025 and claimed to reduce greenhouse gas emission by 360K tons annually. It will also contribute 5% of its total revenue for the NCHAC.

Moreover, the Asian Development Bank has approved a loan of 231 million USD for the plant’s construction.

Later the minister also laid the foundation for a 90 km two-lane highway road from Haflong Tiniali to Lower Haflong at Diyungmukh in Dima Hasao district, followed by an interaction program.

Following that, she arrived at Sonaram Barua field, Guwahati, by helicopter to inspect a bridge connecting Guwahati-North Guwahati.

Share
Facebook
Twitter
WhatsApp
Previous articleGovernment announces reward of Rs 5,000 for taking road accident victims to the hospital
Next article“You must go through the dark. Own it”: Hrithik Roshan writes a note to Aryan Khan