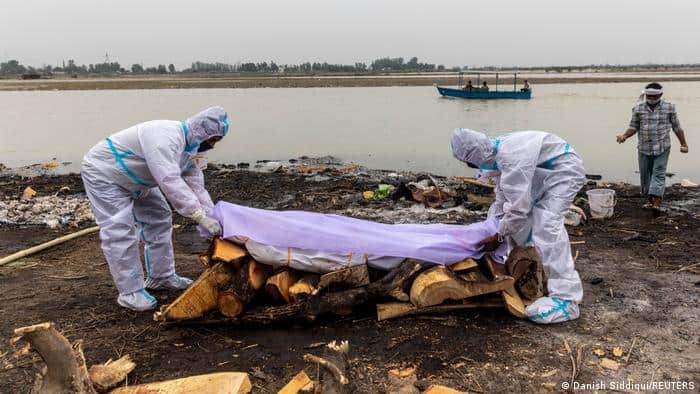 The grisly sight of dead bodies floating on the Ganga – a horrific all-too-common sight last month during the peak of the second Covid wave – is a “serious problem”, the Supreme Court said on Monday, while hearing a petition on the framing of policies to protect the rights of the dead.

However, the two-member bench of Justices L Nageswara Rao and Hemant Gupta directed the petitioner to approach the National Human Rights Commission, which has already issued some directions in this regard.

The petitioner had moved the top court for help in framing policies to protect the rights of the dead, including action against overcharging for cremating those who died of COVID-19.

Meanwhile, a bench headed by Justice Ashok Bhushan declined to hear a Public Interest Litigation seeking a probe against authorities responsible for those bodies; the petitioners were asked to move the concerned authorities in each case

“There is a Difference Between ‘Erotica’ and ‘Pornography’, My Husband is Innocent,” says Shilpa Shetty