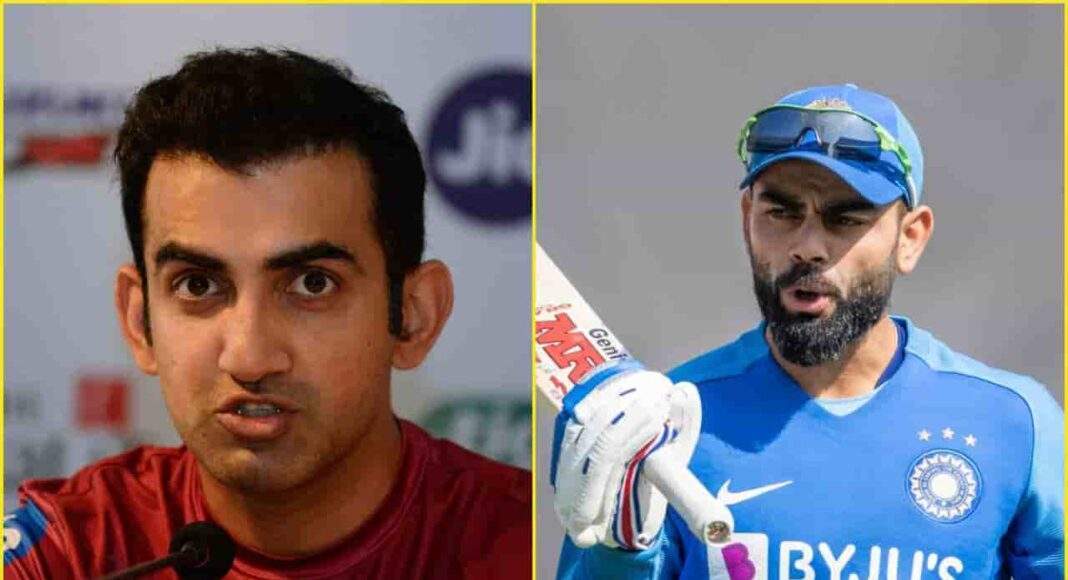 Digital Desk : Virat Kohli was in a different form, up against in action against South Africa, showing subtle knocks instead of his regular aggressive persona. Cape Town witnessed a solemn Virat Kohli, uncharacteristic of his usual self. The patient knock he displayed showed he had to shed off his ego behind in his kit bag in order to play that style, said Gautam Gambhir.

Gambhir remembers that period when once Virat Kohli had mentioned that one needs to leave behind his ego if the team needs to succeed against countries like England. The former cricketer lauded Kohli for keeping his ego in check as he attempted to rework his approach towards the game.

“Today, in the same way, he left deliveries outside off-stump, he got beaten as well but kept his ego with himself. He did not try to dominate the bowlers on every delivery,” Gambhir said on Star Sports.

While Virat Kohli kept his composure while in action, he marked his presence with a spectacular fashion, even when rest of the batters seemed “absent”.

Although the bowlers did play their roles meticulously, Gambhir highlighted the importance of ‘playing in shell’ and waiting for the opportunity to score runs.

“When you play in these conditions and against such bowlers on the first day, where there is help for the bowlers, you play in your shell at times although the South African bowlers did give him that opportunity.”

Kohli, whose cover drives remain best in the world, scored a lot more runs through the leg side this time while leaving many outside-off deliveries for good.

“Along with that, his scoring areas might have been through the covers but he scored a lot of runs on his legs, which he has always done. So we saw a glimpse of the knocks he played in England,” Gambhir asserted.