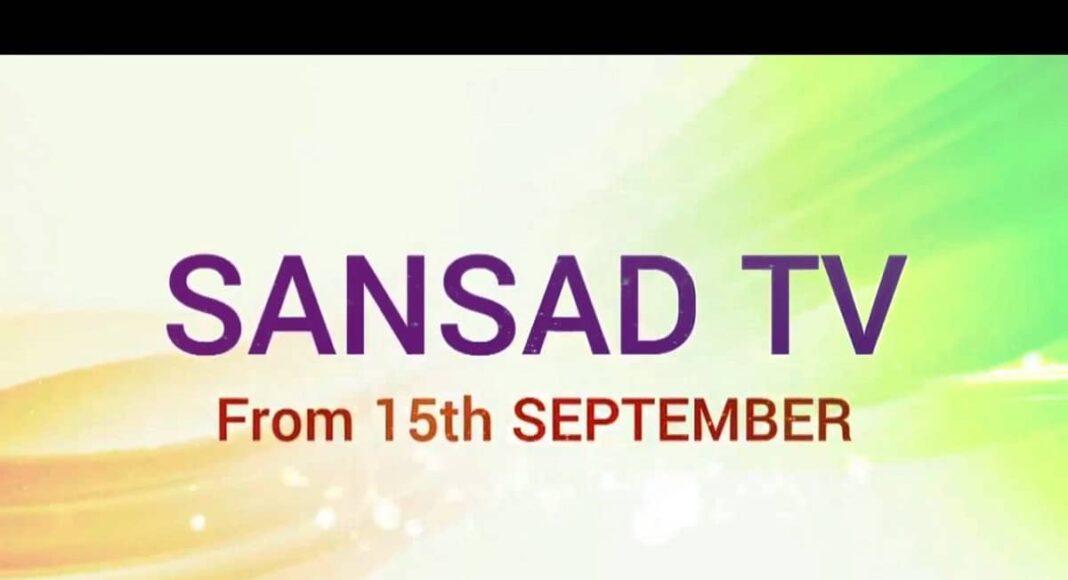 Sansad TV, a merger of the Lok Sabha TV and Rajya Sabha TV channels will be launched at an event to be held at the Main Committee Room, Parliament House Annexe, New Delhi.

The launch date coincides with the International Day of Democracy.

The decision to merge Lok Sabha TV and Rajya Sabha TV was taken in February this year.

Sansad TV programming will primarily be in four categories; functioning of Parliament and democratic institutions, governance and implementation of schemes and policies, history and culture of India and issues, interests and concerns of contemporary nature.

Sansad TV will be led by retired civil servant Ravi Capoor, who was appointed its Chief Executive Officer (CEO) in March this year.