“We do not know how he died”, says Taliban upon the death of journalist Danish Siddiqui 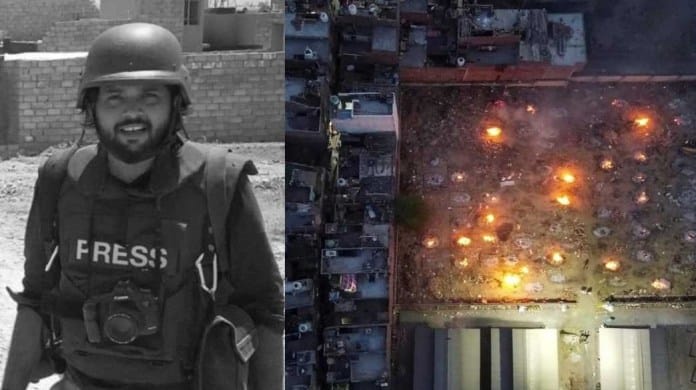 New Delhi: The Pulitzer Prize-winning journalist Danish Siddiqui, a Reuters journalist, was shot on Friday while covering a conflict between Afghan security forces and Taliban fighters near a frontier crossing with Pakistan.

“We are not aware during whose firing the journalist was killed. We do not know how he died,” Taliban’s spokesperson Zabiullah Mujahid reported CNN-News18 on Friday.

The Taliban has stated it does know how Indian photojournalist Danish Siddiqui was killed and displayed grief over the Pulitzer Prize-winning journalist’s death in Afghanistan’s Kandahar throughout clashes between its fighters and Afghan forces.

“Any journalist entering the war zone should inform us. We will take proper care of that particular individual,” Mujahid was quoted as saying by CNN-News18. “We are sorry for Indian journalist Danish Siddiqui’s death. We regret that journalists are entering war zone without intimation to us,” he continued.

The Afghan officer informed Reuters that Afghan specific forces had been fighting to retake the main market space of Spin Boldak when Siddiqui and a senior Afghan officer were killed in what they defined as Taliban crossfire.

Reuters stated that Siddiqui and a senior Afghan officer were killed as the special forces unit battled to retake the central market space in Spin Boldak.

“We are urgently seeking more information, working with authorities in the region. Danish was an outstanding journalist, a devoted husband and father, and a much-loved colleague. Our thoughts are with his family at this terrible time,” Reuters president Michael Friedenberg and editor-in-chief Alessandra Galloni mentioned in a statement.

Look into the profile- the pictures and articles Siddique has displayed so far. All of them delivers a message so intense, the depth of reality and the truth of life.

A profound journalist who has taken journalism to its bold level and have witnessed every sphere of life through his lenses- the nation will cherish him forever.