Weeks after deadly clash, Assam-Mizoram border flares up yet again 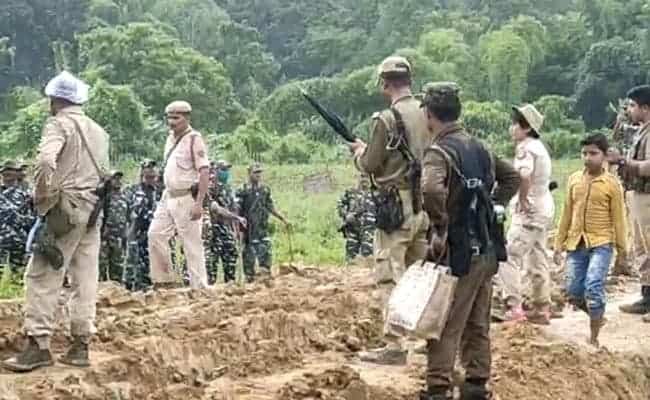 Cachar: The situation turned tense in Khulichara, near the disputed area close to the Assam-Mizoram border on Friday, a month after the fierce clashes that erupted between Assam and Mizoram Police over a border dispute, that saw the death of 6 Assam Police personnel and one civilian as well.

The fresh clashes erupted after authorities from Mizoram objected to the construction of a road under the Pradhan Mantri Gram Sadak Yojana by Assam. Locals from the Assam side alleged that some miscreants from the other side (Mizoram) of the state border obstructed the work and caused unnecessary trouble.

According to the Assam Police, a group of armed men from the Mizoram side tried to stop construction workers who were building the road in Khulichara village along the inter-state border in the Dholai subdivision of southern Assam’s Cachar district.

Ramandeep Kaur, Superintendent of Police of Cachar District while speaking to a regional daily said, “Though they have also put a camp, we are trying to avoid all kinds of altercation and confrontation as per the guideline of the government. The camp is still there and there are talks going on a higher level. We are trying to resolve the situation amicably.”

On the other hand, Vanlalfaka Ralte, Superintendent of Police of Kolasib district, which shares boundary with Cachar district in Assam, alleged that the road that is being constructed falls inside the Mizoram border, few kilometers away from Vairentge in Kolasib district.

“When the road construction was going on, the locals of the area objected to it. Then a team of Mizoram police went to the site. We had to put up a camp so that Assam could not encroach on the land from Mizoram and also cannot harass the local people.