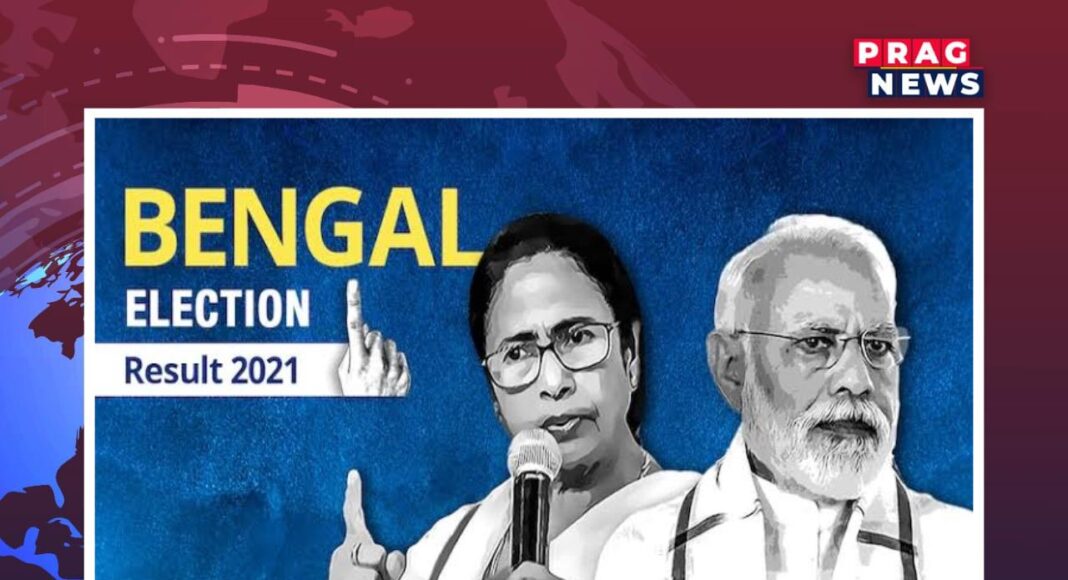 A party or coalition needs to win 148 or more seats in the 294-member assembly to form the next government in the state. About 82 per cent of 7.32 crore voters polled in the West Bengal Assembly election to elect 292 MLAs.

292 observers have been appointed and 256 companies of central forces deployed at the counting centres spread across 23 districts of West Bengal.

West Bengal Election result 2021 live updates: From Nandigram to Kolkata the battle lines have been drawn between the two parties and all eyes are fixed on Bengal to see who comes out on the top.

In the high-profile Nandigram seat, the BJP’s Suvendu Adhikari had a lead of over 8,000 votes against chief minister Mamata Banerjee after three rounds of counting.