Why the mass procession during Ganesh Visarjan started? 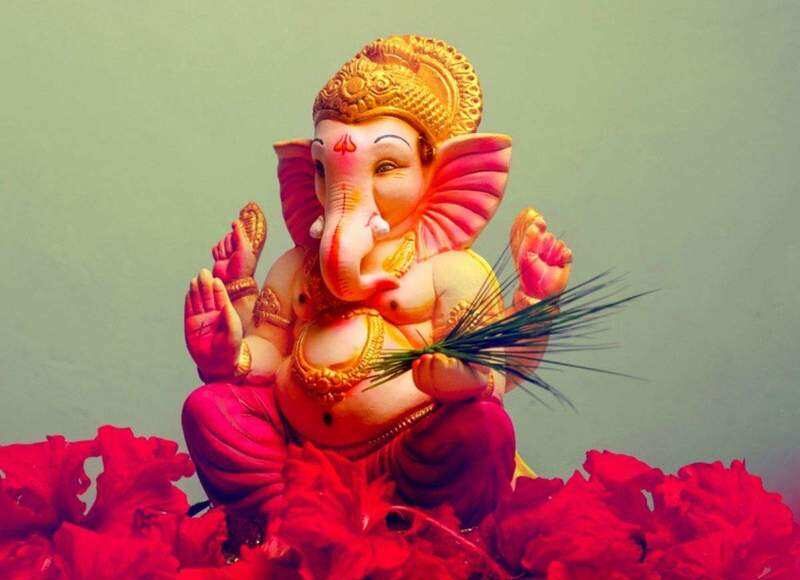 Guwahati: Ganesh Chaturthi, also known as Vinayaka Chaturti, or Vinayaka Chaviti, is one of the biggest Hindu festive celebrations observed all over the country. This celebration commences the starting of all other festivals in India.

According to the Hindu calendar, the 10-day celebration occurs in the Bhadra month, usually from mid-August to September. It signifies the birthday of the revered elephant-headed Lord Ganesha.

The Devas asked Shiva and Parvati to form Ganesha so that he could be a Vighnakarta (creator of barriers) for rakshasas (devils), thus being a Vighnaharta (averter of obstructions) and assisting Devas. There are also another story of Lord Ganesha from the vista of Parvati.

According to Shastra, Lord Ganesha, being a lord by himself, has recieved Bardan (blessing) from other gods that Ganesha’s name will be taken at first for every occasion or religious observances. Therefore, we can see dance artists chanting the names of Ganesha at the starting. All other business openings worship Lord Ganesha initially.

The festival of Ganesh Chaturthi is not just the celebration of worshiping an idol. But, this celebration brings a lot of symbolic significance and glory. Accoding to Hindu tradition, Lord Ganesha is known as the lord of wealth, knowledge, prosperity, wisdom. Therefore, people are seen taking the names of Lord Ganesha before starting a new work.

According to Hindu tradition and shastra, Lord Ganesha is believed to rest at the base of a spine. The name of Ganesha symbolizes lord of ‘gan,’ meaning ‘flock.’ In other words, Lord Ganesha is the guardian of all.

Every single object attached to the body of Lord Ganesha symbolizes distinctness. Therefore, there are different tales and significances which differ from text to text.

There are two teeth of Lord Ganesha. The short one symbolizes holding bad things, and one needs to cut the bad things off. The longer teeth signify holding good things in life and learning from positivity.

Lord Ganesh is believed to provide fame, money and prosperity. In this period, people are seen striving hard for all these things. Therefore, Lord Ganesha is the god of ‘Kaliyug,’ meaning “the age of Kali (demon).”

Shastras says that the era will be destroyed with population, gradually degrading water and other resources. Therefore, Lord Ganesha is worshiped for controlling the damage.

The ‘laddu’ meaning ‘sweet’ signifies that Lord Ganesha provides wealth and food to everyone. The lotus signifies the essence of entertainment in lives. The hatchet cuts away all the bad deeds of the past when enlightenment arrives. The large head of Lord Ganesha symbolizes understanding, wisdom and knowledge.

The ears of Lord Ganesha are huge, and it signifies that people should hear more and talk less. The stomach symbolizes that one should learn to digest every good and bad thing in their life and keep moving. The broad mouth expresses the common human urge to enjoy life.

Types of celebration and essence:

Individuals choose to perform puja using images or idols. New images or idols are brought home collectively by the entire family. The arrangements and decorations are done for placing the idol or image at the center of the house. The essence of rangoli, shining cloth and Chandan can be observed for performing prayers.

On the other hand, the mass gathering of Ganesh Chaturthi celebration started in the hands of Indian nationalist Gangadhar Tilak. He had asked people to come together and create unity. Indirectly the mass gathering for a celebration of Ganesh Visarjan was for raising a voice against Bristish. Now, the concept of procession is being used as a ritual to bring unity.

Presently, Maharastra stands as one the largest state to have great public Ganesh Chaturthi celebration. However, due to the pandemic, the Covid celebration in Maharastra has turned shadowy from the last two years.

The Brihanmumbai Municipal Corporation (BMC), Mumbai, on September 7, stated new COVID-19 constraints ahead of the festivities in Mumbai.

According to new guidelines, the darshan will only be allowed through online mediums. Individuals are asked to carry only 2 feet of height idol for their home, and mandals should carry upto four feet. The processions are not allowed to perform on the roads. Other Covid protocols are the same as the previous year.

In contrast, the celebration of Ganesh Chaturthi in Guwahati, Assam, is full of spirit and joy. Around 10,000 devotees are seen inside the Ganesh temples located all over the city. The temple authorities are arranging special prasad distribution and religious rituals.

The Latasil Ganesh mandir in Guwahati arranged around 101kg of sweets known as ‘buniya’ for the devotees visiting for prayers. The major Ganesh Mandir in the city follows its tradition this year of making 1kg large ‘laddu’ meaning “round sweet.”

In the temple premises, devotees in Guwahati town lighted ‘diyas,’ meaning ‘a small cup-shaped oil lamp made of baked clay.’ According to sources, individuals are happy to offer prayers in the temple after a long gap of lockdown due to the pandemic.

However, devotees are asked to follow the general protocols of Covid 19 for restricting the possible chance of an upcoming third wave. Therefore, all over India celebrate the festival more simply as compared to previous years.

The idol of Lord Ganesha is immersed in a water body towards the last of celebration, which is known as Ganesh Visarjan. On this day, the believers bid good bye to Lord Ganesh is also recognized as Anant Chaturdashi.

Across the nation, the festival of Ganesh Chathurthi is celebrated in diverse customs.