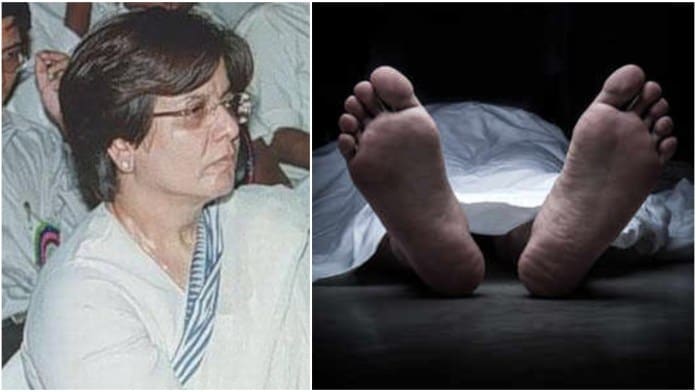 New Delhi: Former Union Minister Rangarajan Kumaramangalam’s wife, Kitty Kumaramangalam, was found murdered in Delhi on Tuesday night, said the police. She was a lawyer by profession and was 68-year-old.

She was allegedly smothered to death by her washerman and his two companions.

Raju Lakhhan (24 years old), operating near her house, has been detained while seeking his associates. DCP (South-West district) Ingit Pratap Singh stated the deceased was staying in Vasant Vihar.

“We received a call about the incident at around 11 pm from her domestic help Manju. She informed that at around 9 pm, Raju, who came earlier also, came to their home and she opened the door for him. But after entering, he overpowered her and dragged her to another room,” he stated.

“They also dragged her to another room where they smothered her to death when she tried to raise an alarm. They decamped with some money and jewellery. The domestic help managed to untie her hands. She then called out to her neighbors for help, who rushed in and untied her. They then informed the police about the incident,” a senior police officer stated.

The domestic worker, Manju, claimed that they choked Kumaramangalam when she attempted to raise the alarm and escaped with her money and jewellery.