Witness the last solar eclipse of the year today 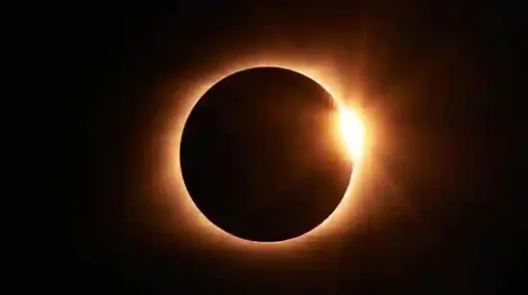 Washington D.C.: The last solar eclipse of the year is set to take place today, and if you are lucky then you might get to see the celestial event.

Antarctica will be the only place on earth from where the total solar eclipse could be seen.

In some other places, where the sun, moon and the earth are not directly lined up, a portal solar eclipse could be seen. Only a part of the sun’s surface will appear to have a shadow this celestial event.

Many countries including India where the event will not be visible, can still view the event using NASA’s live streaming service.

A view of the total eclipse from the Union Glacier, Antarctica would be streamed by NASA, conditional that the weather is clear during the time of the event.

Share
Facebook
Twitter
WhatsApp
Previous articleSri Lankan burnt to death over blasphemy in Pakistan, country on boil
Next articleOmicron patient “escaped”, government on the lookout for the “10 missing passengers”