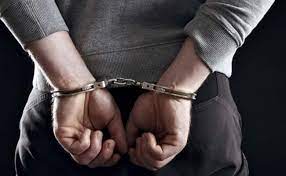 On Thursday, Dibrugarh police arrested Dr. Nayan Jyoti Deka, who is accused of raping one of his colleagues. He is a doctor at Sanjivani Diagnostics and Hospital, Bordoloi Avenue in Paltan Bazar.

The woman doctor alleged that the accused raped her in his room in the private hospital on Wednesday night after duty hours, an officer said.

A complaint was lodged the following day at the Borbari police outpost situated in the Assam Medical College campus.

“Based on the FIR of the complainant, we have arrested the accused doctor. He has been booked under section 376 (rape) and 328 (causing harm) of the IPC. The medical examination of the victim has been carried out and the report is awaited. Her statement has been recorded. The accused doctor is currently being interrogated,” a police official said.
Dibrugarh SP Shwetank Mishra confirmed the arrest of the doctor.

“We have sent the doctor for a medical test and waiting for the report. Our interrogation is on,” he said.

The woman, who hails from a Union territory, has been sent for a medical examination, he added.