“You must go through the dark. Own it”: Hrithik Roshan writes a note to Aryan Khan 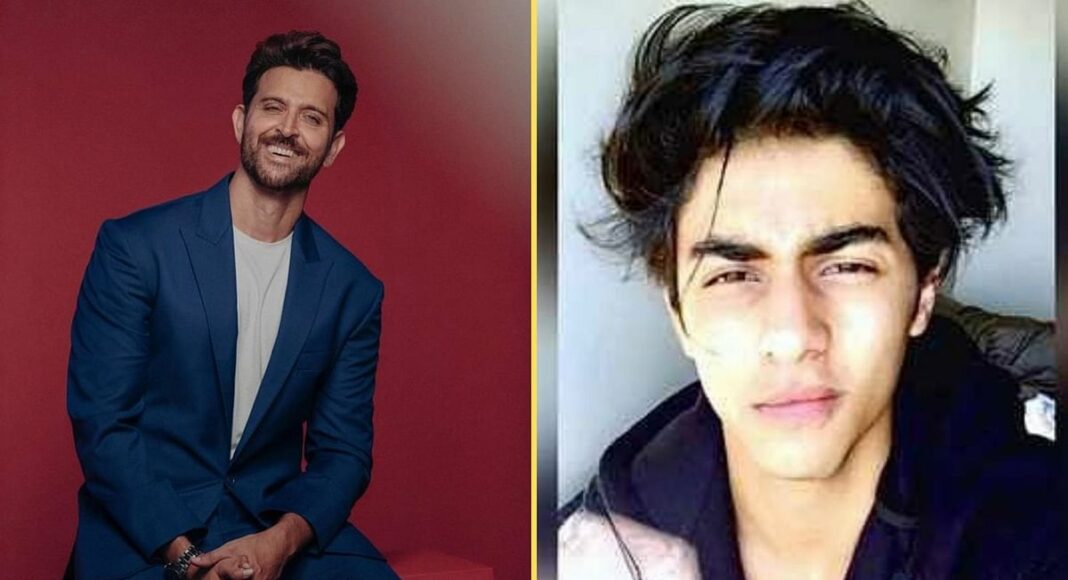 Mumbai: Actor Hrithik Roshan wrote a note to Shah Rukh Khan’s son Aryan Khan after his arrest by the Narcotics Control Bureau (NCB). NCB arrested the Starkid after a drugs raid on a cruise ship on the weekend in Mumbai.

Following the arrest, actor Hrithik Roshan penned an emotional note today urging Aryan to “own it.” Hrithik wrote, “I’ve known you as a kid, and I’ve known you as a man. Own it. Own everything you experience. They are your gifts. Trust me. In time when you connect the dots… I promise you, It’s gonna make sense.”

Hrithik also shared a picture of Aryan Khan and said, “You know you are chosen when you can feel the pressure to hold your own amidst the chaos. And I know you must feel it now. The anger, the confusion, the helplessness. Aaah, the very ingredients that are needed to burn the hero out from inside you.”

In the last few days, Shah Rukh Khan and his family have recieved immense support from friends in the industry like Salman Khan and Sussanne Khan.

On Monday, Aryan Khan was refused bail and sent to custody by a Mumbai court. Although his lawyer claimed that he was a special invitee to the cruise ship and hence “cannot be roped in with the complete seizure in the case.”

Shah Rukh Khan’s son Aryan was arrested by the NCB after officials in disguise raided a rave party on the ship, which was on its way to Goa.

The bureau stated the raids seized 13 grams of cocaine, 21 grams of charas, 22 pills of MDMA and 5 grams of MD. However, no drugs were found on Aryan Khan.