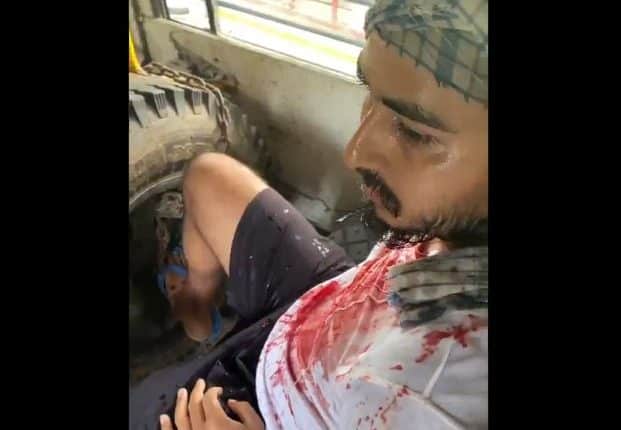 Chandrapur: A young rejectionist from Chandrapur can be observed to sustain injuries during a protest against a dumping site.

The residents of Chandrapur in collaboration with AASU held a massive protest against the shifting of the dumping site from Boragaon in West Guwahati to the newly-chosen locality in Chandrapur in the eastern outskirts of the city, on Wednesday.

The protesters held a demonstration and brought out road barriers across the Narangi- Chandrapur- Morigaon route.

During the protest, the police authorities started lathi-charge upon the protesters which led to a major incident of a youth boring injuries on his head.

The offloading of the trash by GMC at the Chandrapur dumping site had started on June 28.

Despite this, residents have dreaded as the ISWMF is still not ready to be set up in the area causing the area will be utilized as a dumping ground and will swing out to be another Boragaon in the planning.

The locals also feared concerning the local biodiversity of the place.