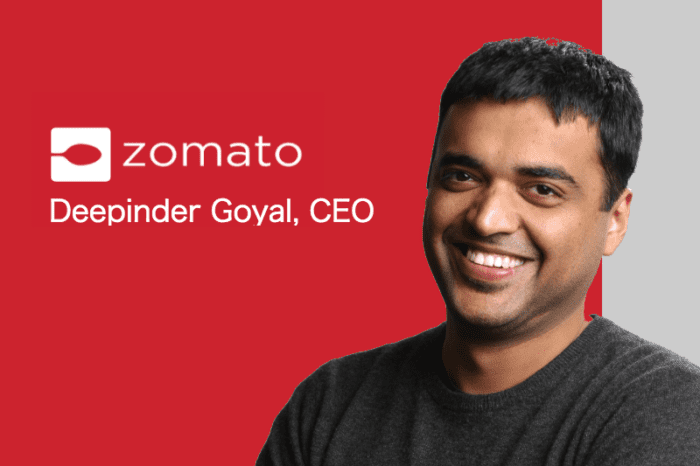 A journey from one day to day one, Zomato’s initial public offering (IPO) grand market debut and listing on the National Stock Exchange (NSE) and Bombay Stock Exchange (BSE), founder Deepinder Goyal is now 1% wealth in the country. This IPO has been an old IPO in the online food delivery industry as it is one of the largest IPOs embarked on by start-ups to date. According to the Bloomberg Billionaires Index, the founder of the start-up is currently worth about $ 650 million, given Zomato’s 4.7% stake. According to the report, the assets will double, taking into account the 368 million other options that will vest in the next six years.

It must be noted that India’s emerging billionaire community is small, the number is far behind other Indian billionaires. According to the report, Goyal was essentially classified as ultra-rich overnight after the company turned to Zomato Ltd with a 66% rise in share price.

Beginning in 2008, this journey has inspired the founders and entrepreneurs of Indian start-ups. According to reports, zomato covers 12000 restaurants across 110 cities in 23 nations and the company is one of India’s leading Internet unicorns in India to open up local capital markets. According to Bloomberg, the country recorded approximately $ 6.3 billion in technology funding and trading for start-up spaces in the second quarter. This earmarks the rising entrepreneurial activity and venture capitalist involvement

The company, which has a market capitalization of $ 13.3 billion, reports a positive trend for retail investors in the country. The IPO made a big wave when it opened for trading. The price range of the IPO is set from 72 rupees to 76 rupees per share, of which there were bids of more than 2,751.27 rupees.

Goyal and his colleague Pankaj Chadah started their Zomato journey by simply uploading the menus of nearby cafes and restaurants to their website. It wasn’t called Zomato at the time. The company was originally called “Foodie bay”. The company has moved through the years with more services and features, including iconic food delivery services, restaurant recommendations, table reservations, and more. With the future in mind, Goyal may be considering introducing a grocery delivery feature into the Zomato app.