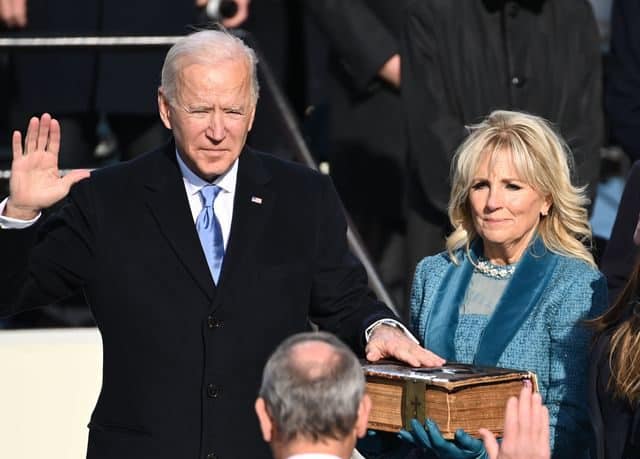 Washington D.C.: A day after ‘never seen before’ US presidential swearing-in ceremony, US President Joe Biden signed a series of orders to begin his first day of administrative duties. Signing a string of executive orders, including a decision to rejoin the Paris climate and a mask mandate for all federal buildings, US president Joe Biden did away with some of the ‘mess’ left behind during Trump’s presidential period.

The orders included keeping the United States in the World Health Organization, ending the ban on entries from mostly Muslim-majority countries, bolstering environmental protections and strengthening the fight against Covid-19.

Also among the directives was a halt to the construction of the wall on the US-Mexico border, and efforts to expand diversity and equality for minority groups in the federal government.