AMITABH BACHCHAN GETS THE FIRST DOSE OF COVID-19 VACCINE 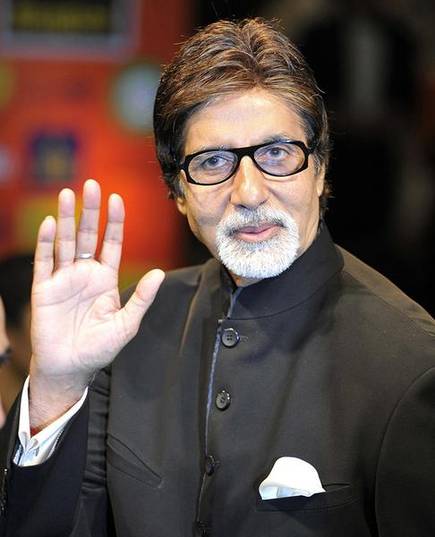 Mumbai:  Bollywood megastar Amitabh Bachchan has got himself vaccinated against COVID-19. Big B revealed the news on his social media handles and his blog, saying that he and his family have got the first dose of the Covid-19 vaccine, except son-actor Abhisekh Bachchan who is on location for a film shoot.

Taking to Twitter, the veteran star wrote, “Got it done! My CoviD vaccination this afternoon, All well.”

On his Tumblr blog, Big B wrote, “DONE .. vaccination done .. all well .. did Covid test for family and staff yesterday .. results came today .. all good , all negative .. so done the vaccine .. all family done except Abhishek .. he be on location and shall do it on return soon in a few days.”

Calling the vaccination process “historic”, Big B said he will later pen a detailed blog post about it.

Along with the update, the actor also shared a picture of a health worker giving him the shot. In the picture on the blog post, he is seen in a white kurta pyjama, wearing a head gear and large glasses.

Meanwhile, Amitabh is currently awaiting the release of his mystery thriller ‘Chehre’. The film was supposed to release in theatres on April 9 but has now been indefinitely delayed. It also features Emraan Hashmi, Annu Kapoor, Raghubir Yadav, Rhea Chakraborty and Krystle D’Souza.

Big B also has several other movies in the pipeline. He will be seen in the epic fantasy action-adventure ‘Brahmastra’, co-starring Alia Bhatt and Ranbir Kapoor. He also has ‘Jhund’ and ‘Mayday’ in his kitty.

He was last seen in Shoojit Sircar’s ‘Gulabo Sitabo’ alongside Ayushmann Khurrana.