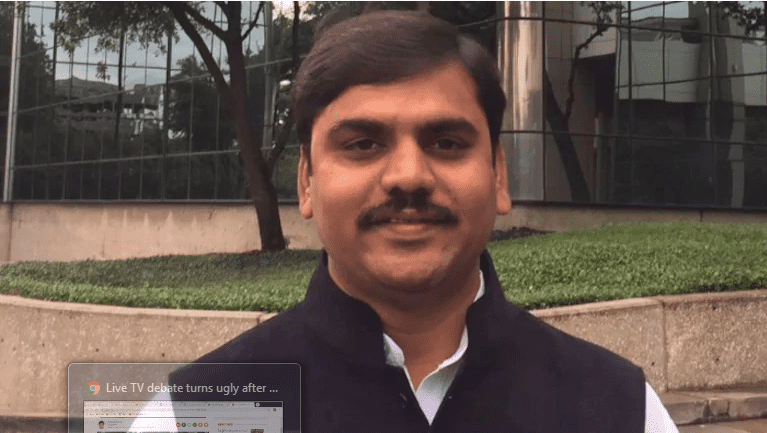 Hyderabad: A Live TV debate turned ugly after an angry panelist threw his shoe at a local BJP leader. BJP state general secretary S Vishnu Vardhan Reddy, who was also a panellist in the live TV debate, was hit with a shoe by K Srinivasa Rao, a member of the Amaravati Parirakshana Samithi Joint Action Committee (JAC).

When BJP’s Vishnu Vardhan Reddy accused K Srinivasa Rao of having links with the TDP, it led to a verbal spat. But when Reddy kept mocking Rao over his links with TDP, it angered him and he finally threw his shoe at the BJP leader.

Also read: Mumbai auto driver gets Rs 24 lakh in donation after he sells his house to fund his grandchild’s education

The anchor was forced to moderate the incident by taking an unscheduled break. Other panelists participating in the debate were shocked by the incident.

Also read: “I didn’t know how many kids I have”: Pele admits being unfaithful to all his three wives