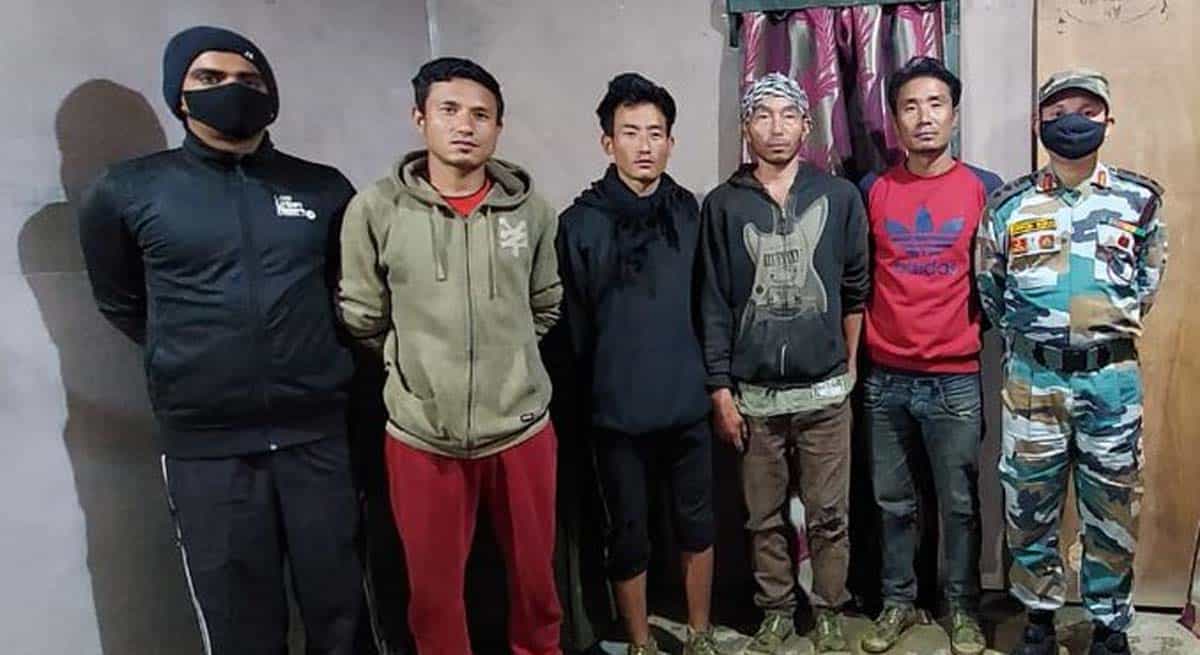 Imphal: Four villagers from Manipur Ukrul district were rescued by Assam Rifles in coordination with Myanmar security forces, who were abducted by NSCN-K from the Indo-Myanmar border.

While confirming the news, Assam Rifles on its Twitter handle said the villagers are residents of Tusom village in Manipur’s Ukhrul district, were abducted by insurgent group on March 25.

The villagers were forcefully taken to Konkailon in Myanmar and on March 31, they were safely rescued by Assam Rifles troops with the help of Myanmar security forces in Somra, Assam Rifles informed.

“Coordinated efforts of #AssamRifles & Myanmar Security Forces in Somra tract resulted in the safe release of four abducted villagers of Tusom village(Ukhrul) on 31 Mar. The villagers were kidnapped by insurgent group on 25 Mar & were forcibly taken to Konkailon(Myanmar),” Assam Rifles tweeted.

The rescued people have been identified as 24-year-old VS Thumlan of New Tusom village, 32-year-old NK Thanreimi of Chingai village, 47-year-old RS Pamshang and 35-year-old R Keinan of Poi village.

According to sources, the rescued villagers are wood cutters and they were abducted while working in the forest areas of Tusom village under Jessami police station in Manipur’s Ukhrul district.

Secretary of new Tusom village Agarso stated, “Suspected NSCN (K) cadres, armed with weapons, had abducted the four innocent civilians while working inside the Indian Territory between international border Pillar No 128 and 129 at around 11.30 am on March 25.”

“In March 2020, the NSCN(K) militants kidnapped two persons from the same forest for ransom and later it was released only after payment of Rs. 4.30 lakh.” added the secretary.