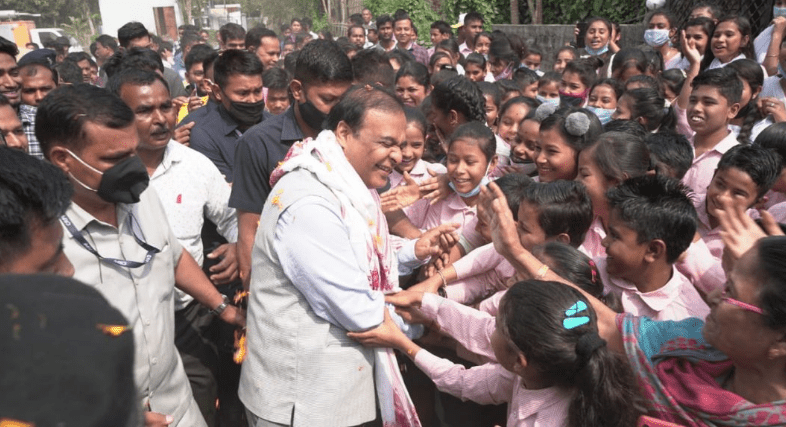 Guwahati: Amid the hectic poll campaigns by various political parties of the state, the ruling BJP government in Assam has been running a heightened poll campaign in the state. Speaking on the completion of the first term of the BJP rule in the state, state minister Himanta Biswa Sarma said that the first term was just a trailer and there is lot more coming for the state in the coming days.

Sarma said, “BJP came to power in Assam for the first time in the last state assembly elections in 2016. People of Assam witnessed for themselves how BJP led government has taken Assam on the path of progress and how so many works for public welfare have been done by this government in the first term itself. These five years were just a ‘trailer’, the whole movie is yet to come.”

The minister has been crisscrossing the state and holding bicycle rallies, public meetings and advocating why the BJP led government should remain in power in the state. On Wednesday, he took part in a cycle rally in Rangia, inaugurated Gate Saikia Multispecialty Hospital at Kamalpur of Baihata and laid the foundation stone of Amingaon Science Centre and Planetarium, an ambitious project of the science and technology department of Paschim Dadara in North Guwahati.