BSF says Pakistan targets patrol along the border in Samba 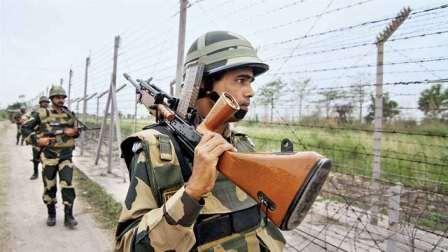 Jammu: The Border Security Force (BSF) said Pakistani troops targeted the security forces on patrolling the International Border in Jammu’s Samba. The incident took place around 06:00 am on Monday.

READ ALSO: BJP is in power, but who will be the next CM of Assam?

An official said, “Pakistani Troops manning Tipu and Hussain posts fired four bursts, about 20 rounds of small weapons, towards a border outpost Majra in the Samba Sector.” “No retaliation from our side. No loss of life or injury was reported. The development is being monitored, “said BSF.