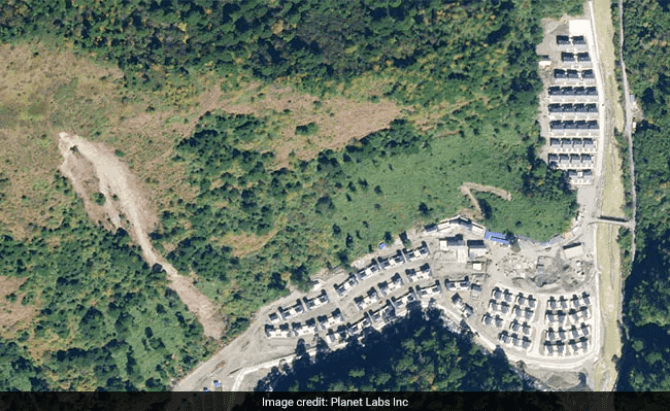 New Delhi/Itanagar: Amid the rising tension on border issue between China and India in Ladakh, satellite images have shown yet another intrusion by China in Arunachal Pradesh, where a Chinese village comprising of 101 homes have been built, which is around 4.5 kms within Indian territory, as per reports published in NDTV which has accessed satellite images.

The reports say that the satellite images show the new Chinese settlement on the banks of Tsari Chu river in the Upper Subansiri district, which is a disputed area between the two countries, the report said.

Also read: “Will Jail them”: BJP warns of intensifying ban on Amazon over ‘Tandav’ row