Grave negligence: 12 kids given sanitiser drops instead of polio drops 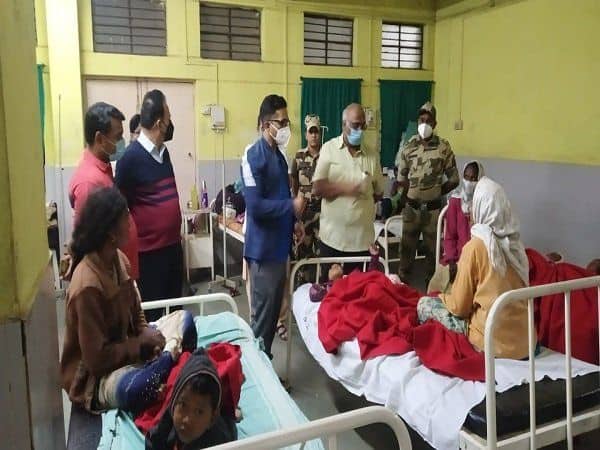 Mumbai: A sensational incident of utter negligence has been reported from Maharashtra’s Yavatmal district where 12 kids were administered sanitiser drops instead of polio drops. The children, who were aged between 1 and 5, were admitted to the Government Medical College and Hospital (GMCH) in Yavatmal for treatment.

The children were kept under observation for around 48 hours and are said to be in a stable condition, said Yavatmal District Health Officer Hari Pawar.

As per Krishna Panchal, Chief Executive Officer of Yavatmal Zilla Parishad, two drops of sanitiser were administered to the children at Kapsi sub-centre of Bhambora public health centre (PHC) in Ghatanji tehsil.

At around 2 pm on the same day, three employees, community health officer, ASHA worker and Anganwadi sevika realised that the polio drops were swapped with sanitiser. Following this, the staffers called the parents to the facility and administered the polio drops to the children.

Meanwhile, the information reached the local sarpanch and he complained about the goof-up to higher authorities. Panchal said, "Only one child was vomiting. But even polio drops can cause that. But that’s not the issue. It’s about the staff’s negligence. We have started an inquiry and action will be taken against them."

Panchal slammed the officials for the lapse and said that it should not have happened as polio drops are stored in labelled bottles that have a vaccine viral monitor which is of a particular colour, indicating that the proper temperature for storage is being maintained. He said that efforts are being made to check if the three staff members were properly trained in administering the polio dose.