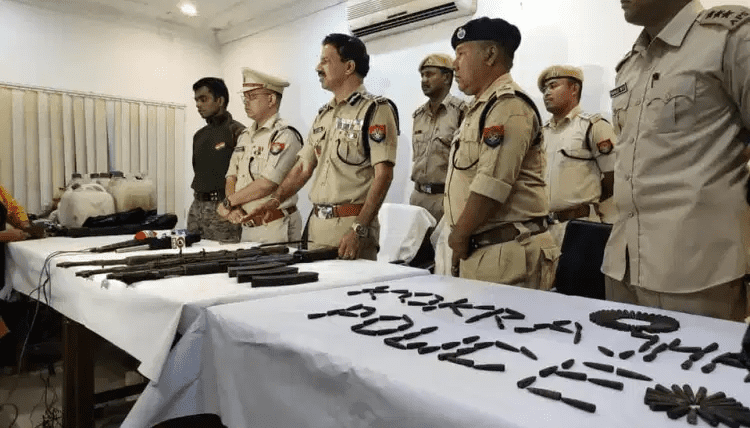 Kokrajhar: Security personnel recovered a huge cache of lethal weapons and ammunition ahead of the second phase polls in Assam from Ripu Reserve Forest in Kokrajhar district.

The Assam Police under the leadership of Inspector General Police (BTAD) LR Bishnoi have intensified search operation in the region to ensure a violence-free election.