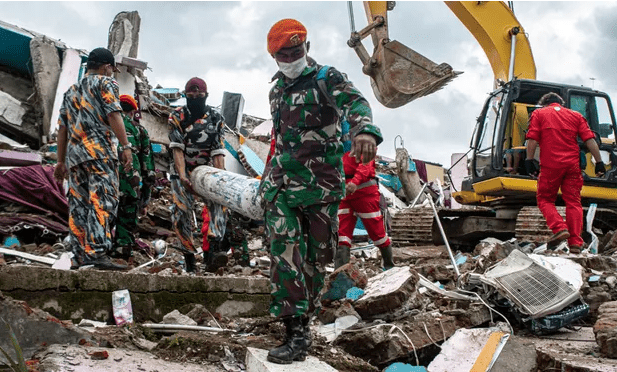 Jakarta: Torrential monsoon rains is posing massive hurdle in hunt for survivors amidst the rubble on Indonesia’s Sulawesi island, after the island nation was hit by an earthquake measuring 6.2 on richter scale. The death toll has surpassed 80 and with thousands rendered homeless.

Rescue members have deployed excavators and cranes across the devastated seaside city of Mamuju, where buildings were reduced to a mass of a twisted metal and chunks of concrete, including a hospital and the regional governor’s office.

It was unclear as to how many people are still trapped in the debris in the aftermath of Friday’s earthquake.