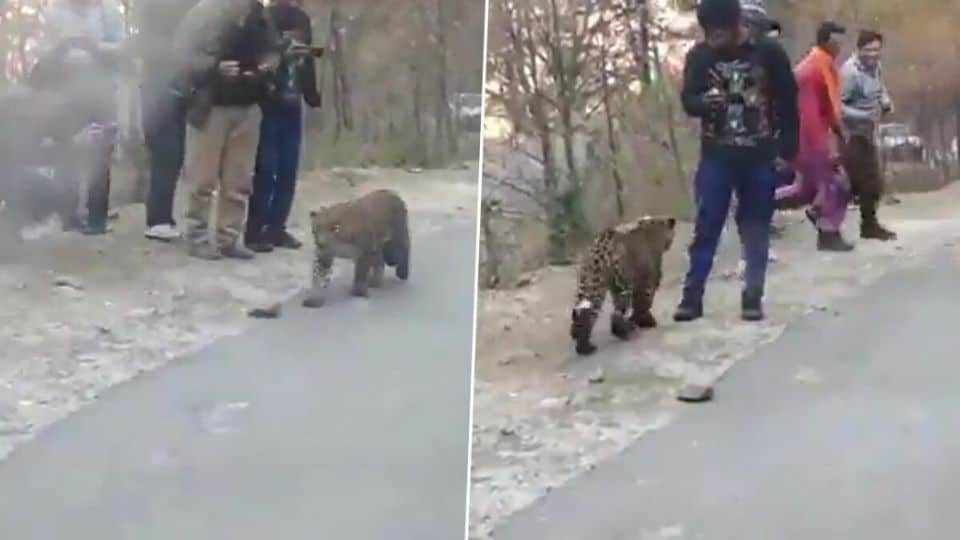 Seeing the sub-adult leopard playing around with tourists, many residents of the villages came out to see the visual while many others started clicking photos and videos of the incident. There were few who even ran from the location out of fear of being pounced upon by the leopard.

The leopard first came close to a car of one Ashu Sharma who uploaded the video on his social media handles. The sub-adult leopard started climbing on some people and even started chewing clothes. After seeing the leopard doing no harm to the people, many started petting the animal. Later tourists stopped their car and came out to click videos of the leopard who later ran into the forest.