Man keeps his life’s savings in a trunk, termites finish off Rs 5 lakh 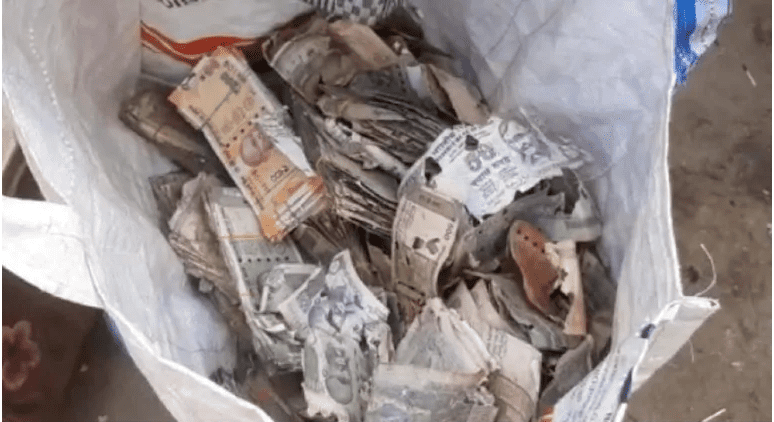 Hyderabad: A man from Andhra Pradesh engaged in a family trade hid his life’s hard-earned money in a trunk instead of a bank. Unfortunately, the trunk seemed to be more insecure than the bank. After opening the trunk, with full of his life’s savings, he found the money had turned into pieces of scrap paper in months as termites had feasted into them, making large holes on the bundles of Rs 500 and 200 currency notes.

The incident took place at Krishna district of Andhra Pradesh where the businessman named Bijli Jamalayya, a resident of Mylavaram, received the shock of his life.

Jamalayya trades in pigs and uses cash for his transactions in the business. He used to stack the money in his trunk instead of using a bank. He dreamt of accumulating enough money to build a house and saved up about Rs 5 lakh in the trunk.

The incident has left the trader shattered, took the scrap money and distributed among the local children who were playing on the road.