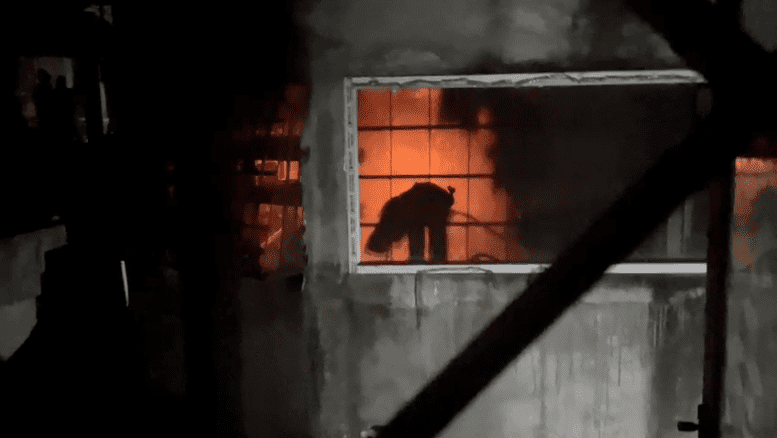 Guwahati: Sensation spread in Sixmile area in Guwahati after a massive fire broke out at a restaurant on Wednesday night. The fire outbreak took place in the kitchen of Café Wings restaurant.

As per reports, the fire started in the kitchen of the restaurant following which, six fire tenders reached the spot to douse the blaze. Somehow, a Bharat Petroleum petrol pump which is near the restaurant was saved from catching fire.

The reason behind the fire is yet to be ascertained.