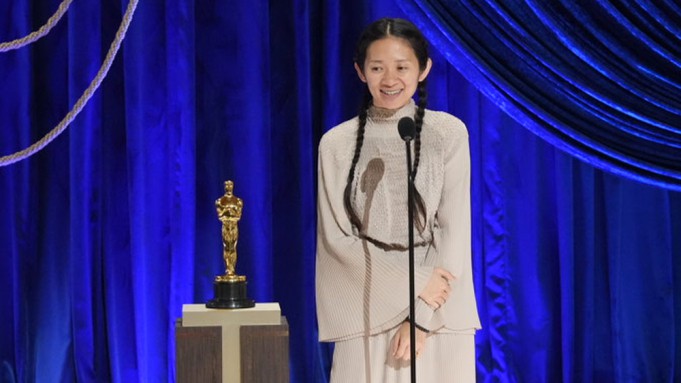 Los Angeles: Nomadland, the epic escapade of a woman who loses her job, her home and joins the increasing number of the American living out of vans as they search for work, is now the big awardee at the 2021 Academy Award.

Directed, edited, written and produced by Chloe Zhao, Nomadland is based on the 2017 non-fiction book Nomadland: Surviving American in the Twenty-First Century by Jessica Bruder.

Since its premiere on Sept 11, 2020, at the Venice Film Festival, Nomadland had received accolades from dozens of critics and film societies, including top awards from the Golden Globes, BAFTAs, Critics Choice Awards, and the National Society of film Critics. It was also named the American Film Institute’s Film of the year.

This year's Oscar nominees had been notable for their diversity, in stark contrast to last year's awards when only one person of color was nominated in the main acting categories, and no women were nominated for Best Director, prompting a social media outcry.

In response, the Academy created a set of "inclusion standards" for Best Picture nominees, to be phased in over four years starting in 2022. Those standards did not affect this year's nominees. . The film has received six Oscar nominations, including Best Picture and Best Actress (McDormand) along with the top directing prize.