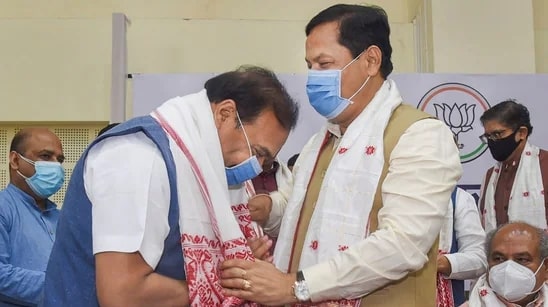 Guwahati: It was a bag-full day of mixed emotions for the people of Assam as many were overjoyed on Dr Himanta Biswa Sarma being declared as the next CM of Assam while many others were emotional after Sarbananda Sonowal forwarded his resignation letter to Assam Governor Jagdish Mukhi, to pave way for the new.

Also read: Man forced to carry his daughter’s body on cot for 35 kms for post mortem

It was Sarbananda Sonowal who had suggested the name of Himanta Biswa Sarma for the next CM Of Assam at the state legislature meet as well as in the central high command meet held in Delhi.

Also read: Stage all set for the oath-taking ceremony of the new CM of Assam

Netizens took to the micro-blogging site Twitter, Facebook and Instagram as well, referring to ex-CM Sarbananda Sonowal as a perfect example of a disciplined, calm and composed gentleman who had left a remarkable impact in the hearts of the people.