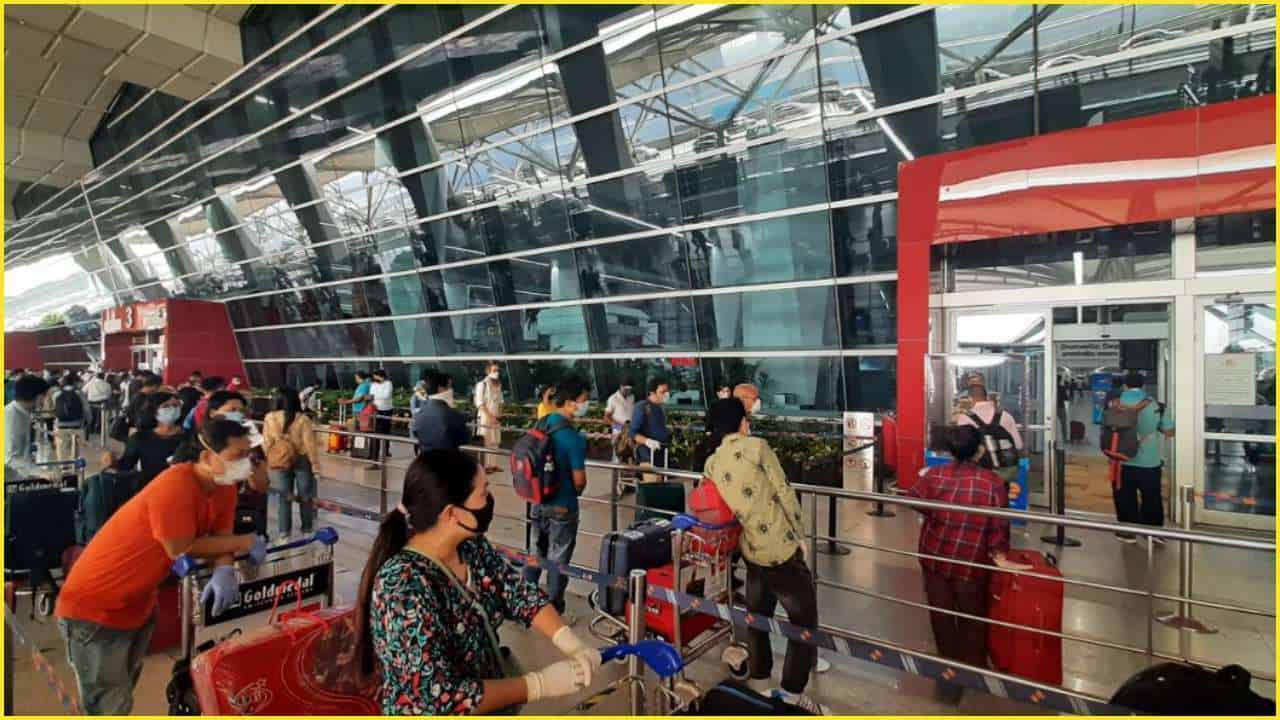 New Delhi: With the sudden spike in new covid variant cases emerging from various countries, the Central Government has issued new guidelines for international fliers that will come into effect from Monday.

The new covid mutant identified as SARS-CoV-2, has been detected in many countries following which fresh guidelines are being generated on all international travelers coming/transiting through flights originating from the United Kingdom, Europe and Middle East.

Check out the new guidelines here:-

1. As part of the new set of guidelines issued by the civil aviation ministry, all international travellers except the ones coming on flights originating from the UK, Europe and Middle East will have to submit self-declaration form on Air Suvidha portal before their scheduled travel.

2. International passengers will also have to upload a negative Covid-19 RT-PCR report with exception of those traveling to India in the exigency of death in the family. For seeking exemption, the travelling entity will have to apply to the online portal www.newdelhiairport.in at least 72 hours before boarding.

The test should have been conducted within 72 hours prior to the journey and each passenger will also have to submit a declaration with respect to the authenticity of the report.

3. At the time of boarding the flight, only asymptomatic travellers will be allowed to board after thermal screening.

4. International travellers arriving through seaports/land ports will also have to undergo the same protocol, however, the facility for online registration is not available for such passengers at the moment.

5. All such clauses shall be applicable to travellers coming/transiting from flights originating in the UK, Europe and Middle East except for clauses on testing, quarantine and isolation.

6. For those who have to take connecting flights, airlines should keep the passengers informed about the need for transit time of a minimum 6-8 hours at the entry airport (in India) for the required testing and other procedures while booking the tickets for connecting flights.

7. Airlines should identify the international travellers arriving from/transiting through the United Kingdom, Brazil and South Africa (during past 14 days) and segregate them in-flight or while disembarking to facilitate the authorities to follow the due protocol in respect of these travellers.

8. All travellers arriving from/transiting through flights originating in the United Kingdom, Europe or Middle East shall be mandatorily subjected to self-paid confirmatory molecular tests on arrival at the Indian airports concerned (port of entry).

9. The state-wise passenger manifest of the flights originating from Europe and Middle East and landing at Delhi, Mumbai, Bengaluru, Hyderabad and Chennai airports in India for the said period shall be conveyed by the Bureau of Immigration to State Government/Integrated Disease Surveillance Programme.

10. International travellers on short stay (of less than 14 days) and who have tested negative and remain symptom free, shall undergo all the procedures as above and shall be permitted to leave India under proper intimation to their District/State health authorities, subject to them fulfilling the requirement of the airlines and destination country.