One of the world’s largest ships stuck in the Suez Canal, costing the world billions of dollars 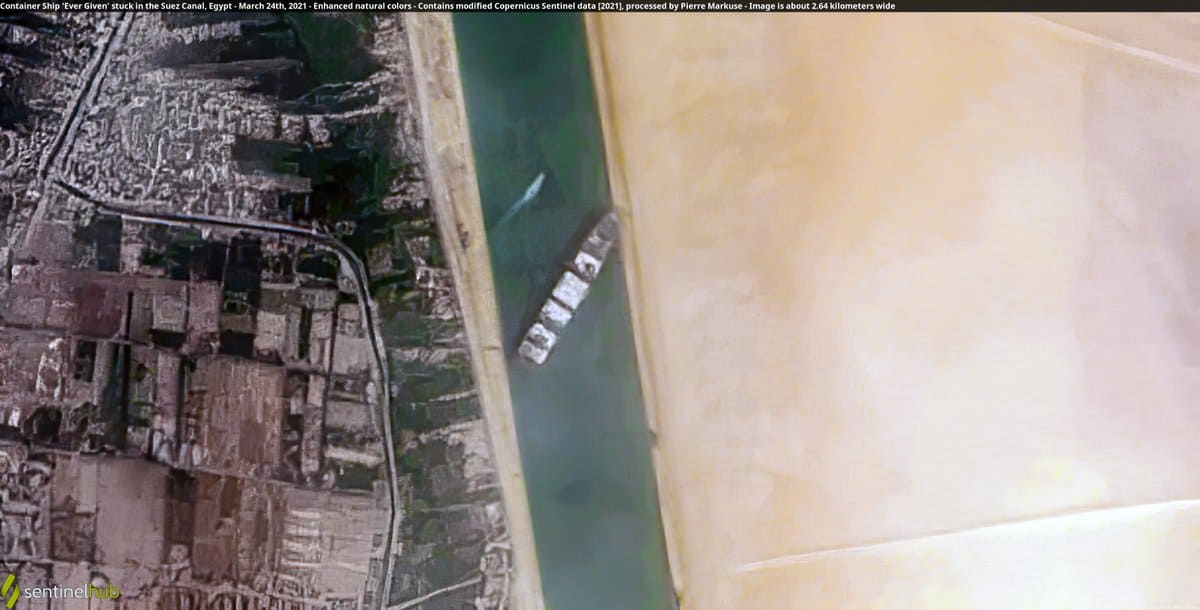 One of the world’s largest container ships, Ever Given has become wedged across Egypt’s Suez Canal on Tuesday (23rd March). The Ever Given is a 200,000 tonne ship, which was built by the Taiwanese company Evergreen Marine in 2018.

The Suez Canal is one of the busiest trade routes in the world.

The area of the canal from which the container ship was transitioning was narrow, and during the transition the ship got stuck in one of the busiest trade routes of the world and has since been causing water traffic.

Dredgers, tugboats and backhoes have all been trying to dislodge the Ever Given but all their attempts have been failing to move the large ship.

Since the Suez Canal is one of the busiest trade routes in the world, it adds up to 12% of the world’s economy and the ship being stuck is preventing other ships from carrying trade materials, costing tens of billions of dollars to the world.

Shoei Kisen Kaisha Ltd., the owner company sent out a statement apologizing for the situation, “We are determined to keep on working hard to resolve this situation as soon as possible. We would like to apologize to all parties affected by this incident, including the ships travelling and planning to travel through the Suez Canal.”