Other star campaigners to follow Irani: BJP gearing up with ‘Avengers Assemble’ 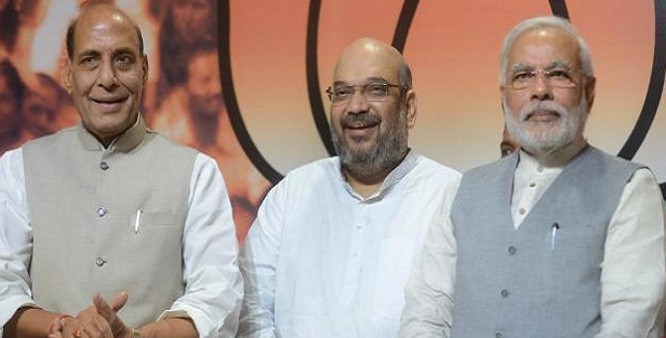 Guwahati: With the Assam Assembly elections fast approaching, the ruling party seems to leave no stones unturned in making sure BJP’s win. With Smriti Irani arriving today in Assam, a slew of other high profile ministers are scheduled to visit poll bound Assam and participate in a number of public rallies and meetings.

The list of these star campaigners include Prime Minister Narendra Modi as well as Home Minister Amit Shah, Minister of Defence  Rajnath Singh, Nitin Gadkari, Yogi Adityanath and 20 other such BJP ministers.

Also read: Changes in eligibility criteria for BE and BTech admissions: mathematics and physics no longer compulsory

Prime Minister Modi will be visiting Assam with a 3 day schedule from March 18 to March 21. He will be campaigning in Barak Badarpur as well as address public gatherings in Sabua and Bokakhat.

Defence Minister Rajnath Singh will be on a 1 day visit on 14 March, where he will be attending 3 public gatherings. He will be campaining for BJP MLA Pramod Borthakur, Utpal Bora and AGP candidate Bhaben bharali in Biswanath Sadaru, Gohpur and Dergaon respectively. He will be flying out to Jorhat and then to Delhi after concluding his schedules.

These star-filled election campaigns seem nothing less than an Avengers Assemble as the ruling party gears up for the Assembly Election.