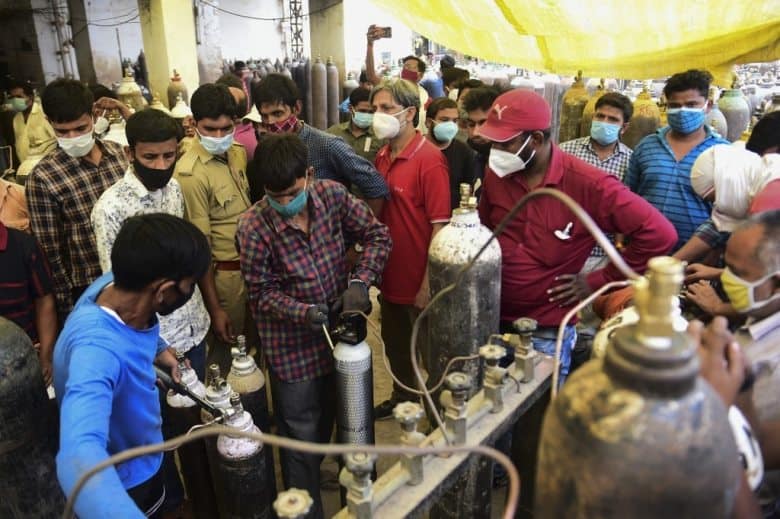 New Delhi: Amid the scarcity of medical oxygen in most of the states the Central government today lost it’s case in the Supreme Court against a High Court order asking it to increase its supply of medical oxygen to Karnataka for Covid-19 patients.

The Apex Court on Friday said, “We cannot leave the people of Karnataka in the lurch.”

The Centre requested the Supreme Court to urgently put on hold the ruling asking it to increase the daily liquid medical oxygen allocation for Karnataka to 1,200 metric tone.

General Tushar Mehta representing the Centre said, “Karnataka was being supplied 965 metric tone oxygen. There was no rationale to that order. It would lead to chaos in the management and distribution of oxygen across the country.”

Moreover, the Centre said, “If every High Court starts passing orders then it will be unworkable. Madras, Telangana and other High Court are also examining the issue. Let High Court distribute oxygen to the states. We have a limited quantity and we can sit together.”

Justice DY Chandrachud said "Even with 3.95 lakh cases", Karnataka had requested 1,700 tonnes of oxygen and 1,100 MT was the minimum requirement. It is an extraordinary well-calibrated exercise by the High Court.”

Further, the Apex Court said that it would interfere at an appropriate stage.

Karnataka is among the state’s worst hit by the deadly second wave of Covid and Bengaluru has been reporting consistently high numbers. On Thursday, Karnataka recorded 49,058 fresh infections and 328 deaths.