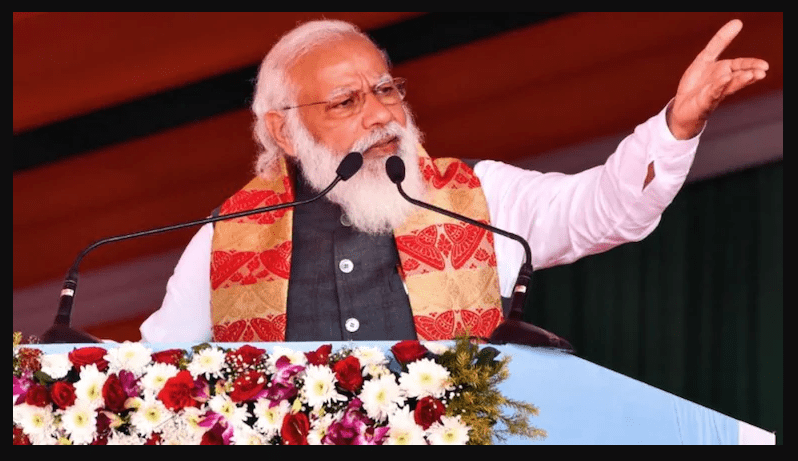 Guwahati: PM Modi will be visiting Assam again on April 1 to boost the electioneering in the state in the ongoing assembly elections. The first phase elections concluded on March 27 with a voter turnout of more than 72%.

Modi will be here to campaign for the third phase of the Assam Assembly Elections. Modi will address a public rally at Kokrajhar.

The second and third phase of polls will be held on April 1 and April 6 respectively. Union Minister Amit Shah who has also visited the state several times, will be once again participating in election rallies on March 31 ahead of the second phase polls.