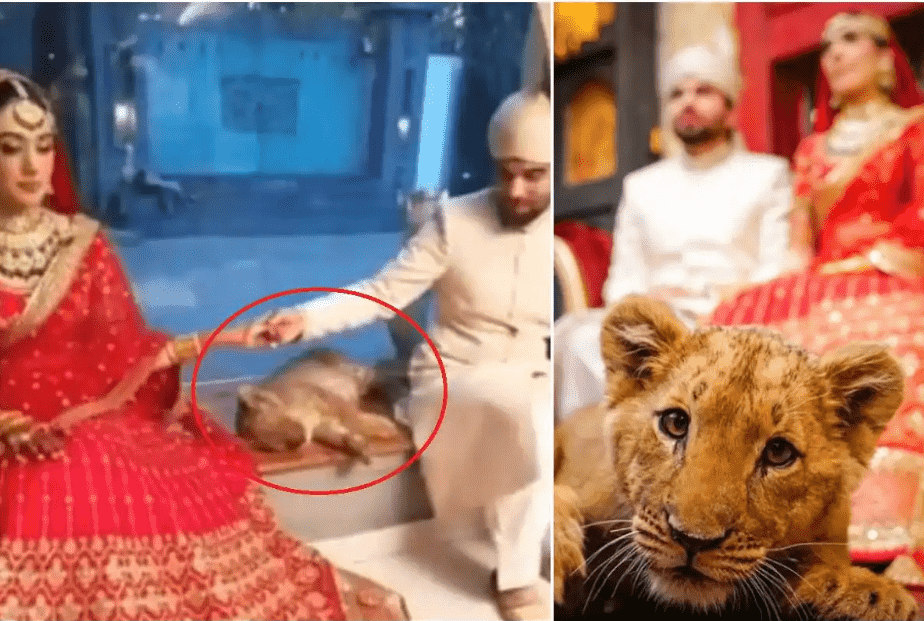 Islamabad: Pre wedding photo shoots usually include props such a balloons or flowers or to flaunt a little sometimes even luxury cars are used. But this Pakistani couple did not want to settle for less.

In a video posted on Instagram by Studio Afzl- a, a photography studio based in Lahore a couple is seen using a tranquilized lion cub as a prop for their wedding shoot. The couple were seen posing with the cub in various pictures and videos.

The video received huge backlash from the public and various animal right activist organizations. Organizations such as JFK Animal Rescue and Shelter and Save the Wild highlighted the incident on social media and spoke out against this action.

The studio has since apologized for the use of wild animal.