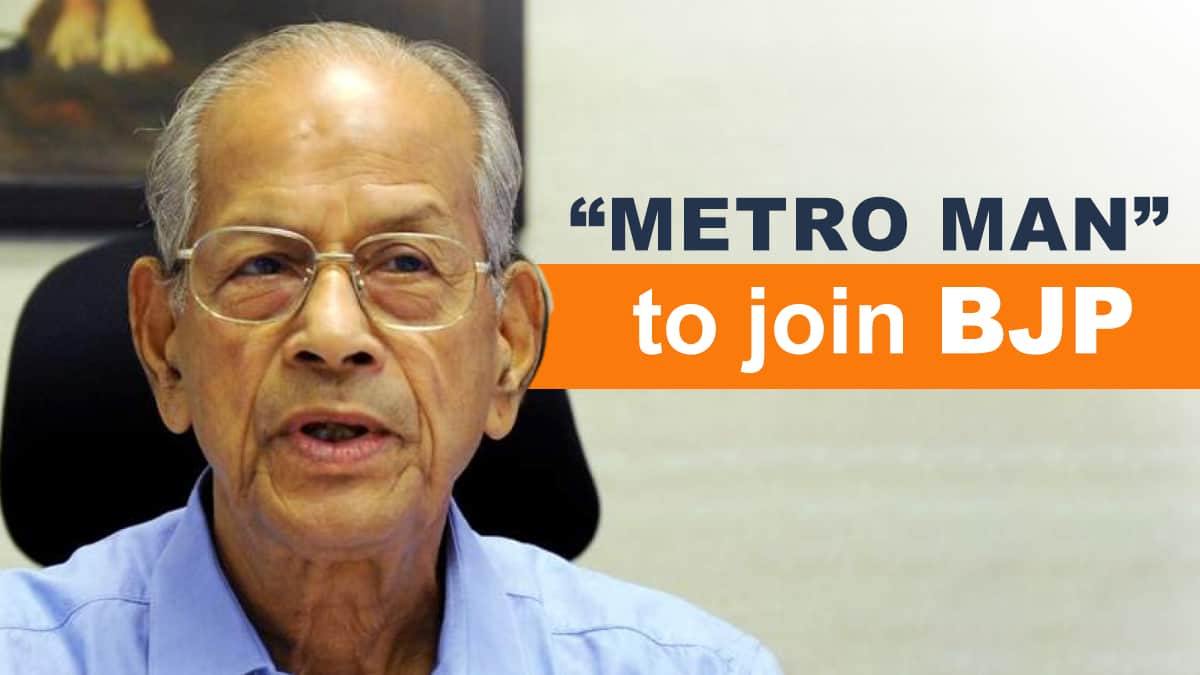 Thiruvananthapuram: India’s ‘Metro Man’ E Sreedharan, who is credited of bringing India’s most expansive metro services in Delhi, will officially join Bharatiya Janata Party (BJP) ahead of the upcoming Kerala Polls on Sunday, as quoted by news agency ANI.

Sreedharan will be joining the saffron party from Kasaragod constituency which will also see the national party expanding its reach in the upcoming polls. A yatra will be led by the BJP faction in Kerala by the regional party chief K Surendran which will culminate at Thiruvananthapuram in the first week of March.

Sreedharan is the man behind the revolutionary introduction of the India’s expansive metro rail project in Delhi. He retired in 2011 from the post of Chief of Delhi Metro.