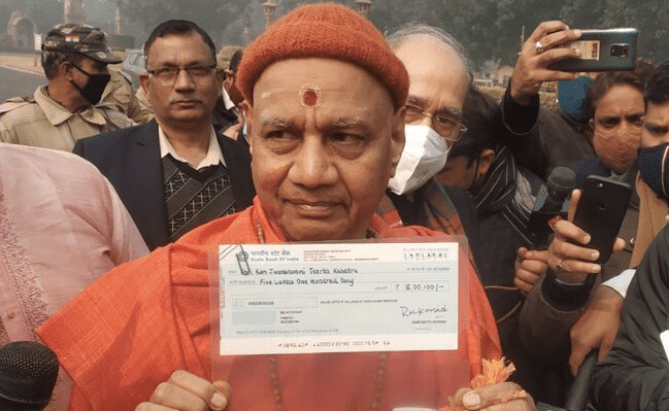 Prayagraj: President Ram Nath Kovind donated Rs 5 lakh and one hundred towards Ram Temple at Ayodhya as the Trust begun its fund collection drive. The Ram Temple Trust was set up to oversee the construction of the grand Ram Mandir in Ayodhya.

Also read: Tragedy in the night of Uruka: Sensational accident in Morigaon, car bursts into flames, one dead

During the launch of Samarpan Nidhi Sangraha Abhiyan, BJP leader Sushil Kumar Modi said, "I hope every Hindu family in Bihar contributes towards the building of the beautiful temple. I'm sure that whatever fund is required for the temple, we will get it out of people's cooperation."