President of India Ram Nath Kovind will come to Assam on a three-day visit from February 25. 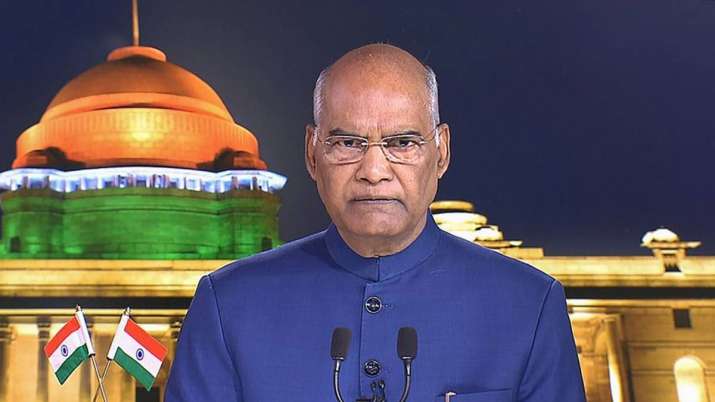 Digital Desk: President of India Ram Nath Kovind will come to Assam on a three-day visit from February 25. On behalf of the Cabinet, the state approved the President's schedule for his visit to the state. According to Chief Minister Himanta Biswa Sarma, while briefing the media following today's Cabinet meeting, the President will lay the foundation stone for the war memorial for the Battle of Alaboi (a war between Mughals and Ahoms) at Dadara (in Kamrup district) on February 25. He will also lay the foundation for the renovation of Lachit Barphukan's samadhi in Jorhat on that day. On February 26, he will participate in Tezpur Central University's convocation. As part of his visit to Kaziranga National Park on February 26th, he will review the conservation measures taken by the state government. Also Read: IPL 2022 schedule: Tournament to be played at these venues Fish and fruit shops under Panjabari's flyover bridge will be closed on that day at the request of the municipal corporation. Traffic in the city has been mapped and arranged in advance of the President's arrival. The special arrangement will be made from February 25-26. From 7 am to 9 pm on February 25, vehicles carrying goods will be prohibited from moving within the city. According to the city traffic police authority, it is not recommended to drive from the airport to Kamakhya between 11:20 am and 12:15 am on February 25. Visitors can only access Maa Kamakhya via the new route in Pandu.