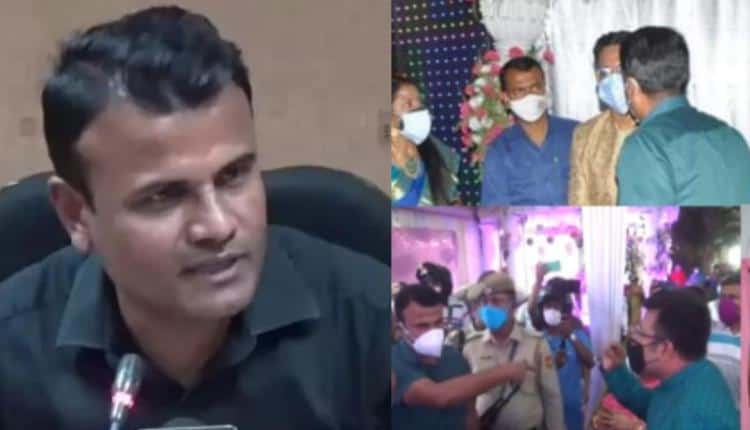 Agartala: Probe has been initiated against West Tripura District Magistrate (DM) Shailesh Kumar Yadav over his ‘rowdy behaviour’ at a wedding in the district. The District Magistrate had gone a bit ‘too far’ while trying to teach a lesson to the covid violaters at a wedding. Earlier rumours of his suspension had gone viral on social media. On Thursday, contrary to rumours, the officer was seen attending office and working as usual.

Yadav reportedly misbehaved with the wedding guests, including a groom, at the wedding ceremony in Agartala on April 24.

A video of the entire incident had gone viral, calling the ire of the netizens while few others supported the officer’s actions. One can see in the video of a wedding raid, conducted by DM Yadav, where he can be seen behaving unruly, as he was pushing out the bridegroom, arresting everyone present, including the bride and groom’s relatives, and tore up a written permission for the wedding signed by himself.

Demand for a judicial enquiry is also being raised against Yadav. Manoj Kumar, Tripura’s chief secretary, is said to have launched an investigation, constituting a panel of two IAS officers to investigate and submit a comprehensive report on the West Tripura DM’s late-night raid on two marriage halls.