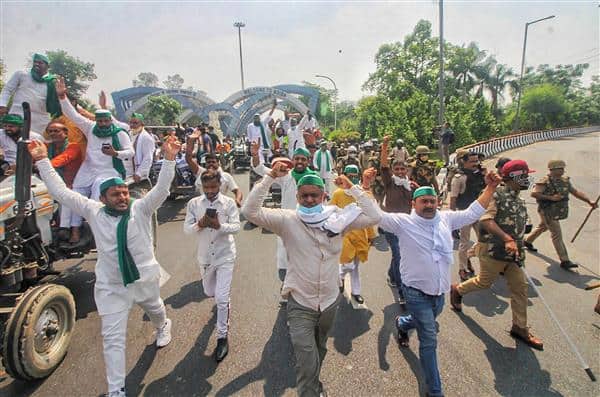 New Delhi: Farmers protesting against three contentious farm laws have rejected the government’s proposal to stay the implementation of the three legislations for one-and-a-half years, and have reiterated their demand for a full repeal of the three laws. The Samyukt Kisan Morcha, an umbrella body of unions leading protests at several Delhi border points, also said the tractor protest on Republic Day would go on as planned.

A statement released by the morcha said, "In a full general body meeting of the Samyukt Kisan Morcha today, the proposal put forth by the government yesterday (Wednesday) was rejected. A full repeal of three central farm acts and enacting legislation for remunerative MSP for all farmers were reiterated as the pending demands of the movement."

"The SKM pays homage to the 143 farmers who have been martyred in this movement so far. These companions are separated from us while fighting this mass movement. Their sacrifice will not go in vain and we will not go back without the repealing of these farm laws," the morcha said following a marathon meeting held by union leaders during the day.