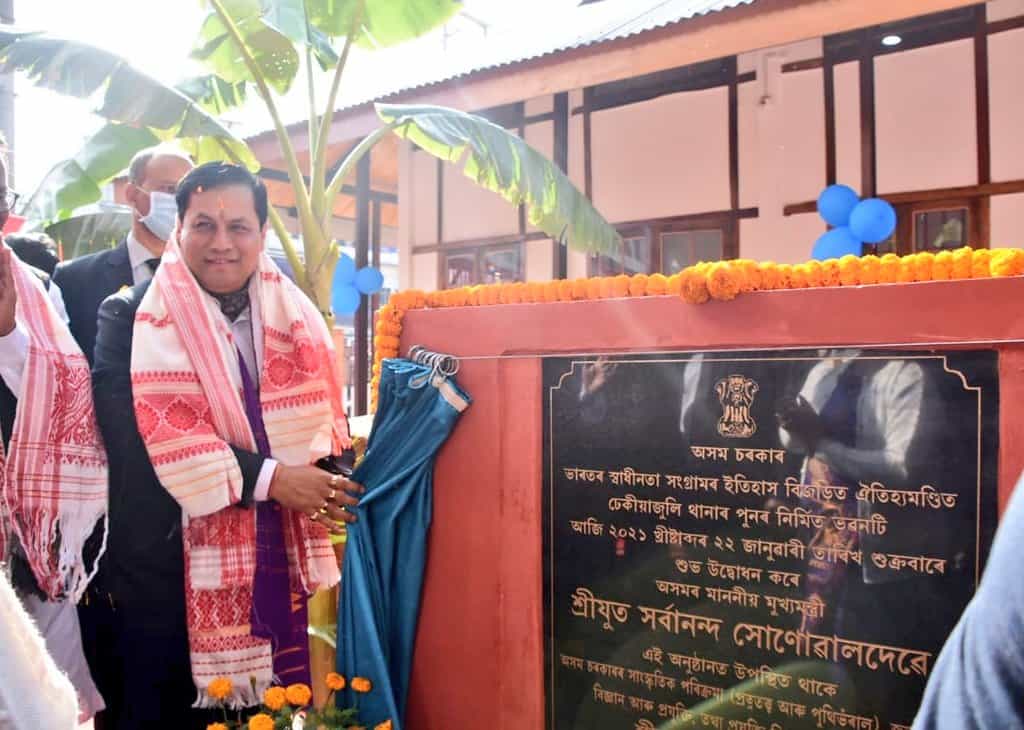 Sonitpur: The Archaeology department of Assam restored and rebuilt a British-era police station in Assam’s Dhekiajuli in Sonitpur, safeguarding the historic heritage in its primal state.

An amount of Rs 1.50 crore was spent for its restoration and rebuilding, which stores the memories of the independence movement.

Established in 1914, the historic building is a part of Assam’s heritage and a reminder of the sacrifice and valour of martyrs.

During the inaugural ceremony, CM Sonowal said that the state government has been working tirelessly for the overall development of the police force with schemes like MOITRI while facilitating the delivery of people-friendly services by the police.