Saved by a whisker: Man runs out of Mercedes Benz car before it bursts into flames 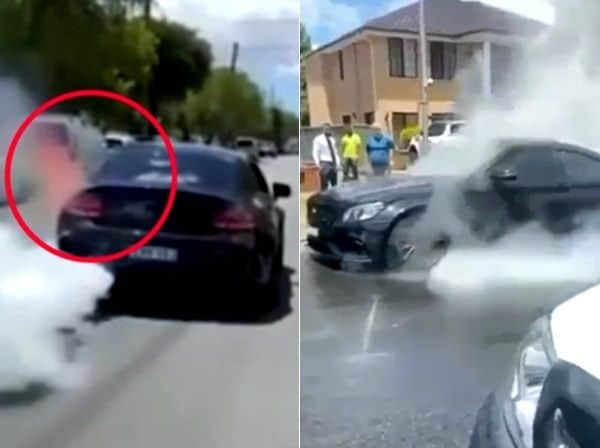 Sydney: A man reportedly performing burnouts in his luxury Mercedes Benz car ended up running away from his car which burst out in flames. The 25 year old driver was revving his car on a suburban street in front of a crowd. Soon after smoke started to billow from the exhaust, the driver and his co-passengers were prompted to flee the car.

Onlookers were seen screaming "get out, get out" while escaping from the car. An looker was also heard shouting to bring a hose pipe to douse the fire.

When the first responders arrived at the scene, they were told by the driver that the car had caught fire by chance while it was being driven on the street. However, the cops soon realised that the driver had been trying to perform a burnout after they found the video being circulated online.

The driver, passengers and bystanders escaped without any injury, however, the Mercedes was destroyed.