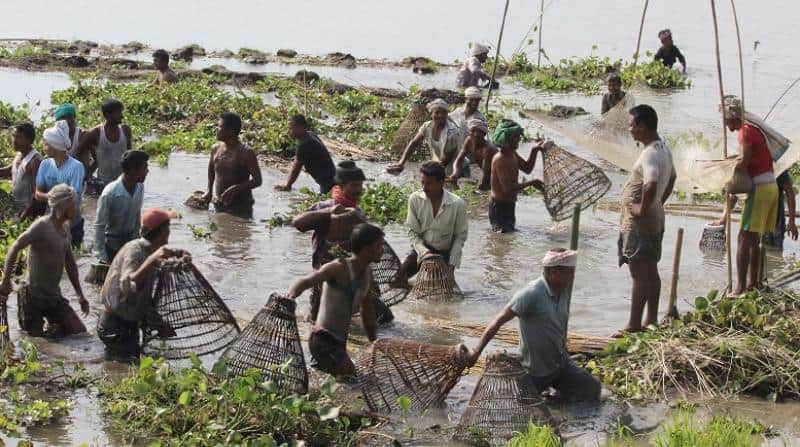 Guwahati: In order to prevent community fishing during Uruka, the Kaziranga National Park authorities in association with the Subdivisional administration has imposed Section 144 at Burhapahar and Bagori range in Kaliabor.

Community fishing, a tradition undertaken by the people of Assam on the occasion of Uruka, has been overshadowed with business enterprises blossoming around Kaziranga during occasions thus forcing the forest department to impose 144 in the said areas.

Usually the forest department gave permission to locals for community fishing, but seeing the locals taking advantage of the permission for business purpose, a restriction has been imposed.

Also, a section of people who entered the park in the last few days became a risk factor for the animals and therefore the fishing tradition has been banned this year in Kaziranga.