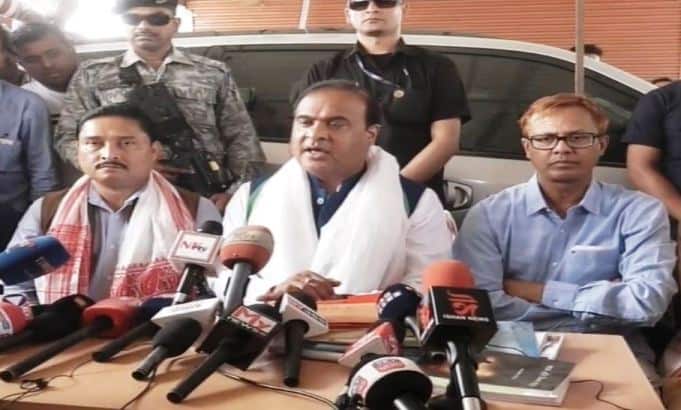 HOJAI: Putting an end to doubts regarding Shiladitya Dev’s resignation, Himanta Biswa Sharma asserted in a press conference today afternoon in Hojai that Dev will continue as a BJP worker.

Sharma further clarified that the media reports claiming Shiladitya Dev has resigned from BJP is not true and that Dev has not been denied ticket to contest the elections but Ramkrishna Ghosh and Sibu Mishra have been given tickets.

“Shiladitya Dev has a bigger role because of his long and invaluable contributions to the party. He will now be campaigning for the party candidates across the state as well as in Hojai. He will ensure a massive victory for BJP in the Assam elections this time.” Sharma further stated.

Also read: “Government has failed to address our issues”: ATTSA calls for a shutdown of tea gardens in Assam on March 22

Dev had earlier tendered his resignation on March 10 after being denied a ticket to contest in the upcoming assembly election following which he stated that he would not join any political party and would contest as an independent candidate. This turn of events prompted the minister of state for health and family welfare Pijush Hazarika to visit Dev in his residence on Thursday followed by Sarbananda Sonowal and Himanta Biswa Sharma’s visit today.