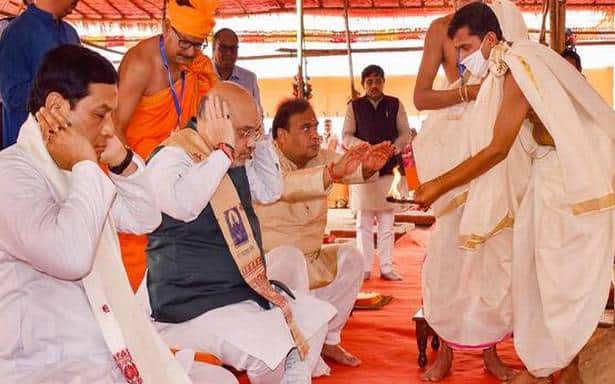 Nagaon: Union Home Minister Amit Shah during his visit to Batradava in Nagaon today said that Assam will become violence free, infiltrator-free and flood free if voted to power. BJP will ensure that the northeast region becomes the biggest contributor to India’s GDP.

Praising PM Modi as well as CM Sonowal’s cabinet, Shah said that today was an auspicious day for Assam as the ‘Maha Mrityunjay’ temple has been consecrated.

Also read: Tamil Nadu: Exams cancelled for classes 9,10 and 11, students to be promoted to next class

The ‘Maha Mrityunjay’ temple, in the shape of a Shiva Linga, is said to be the world’s biggest temple.

The temple will soon be upgraded to a religious study centre.