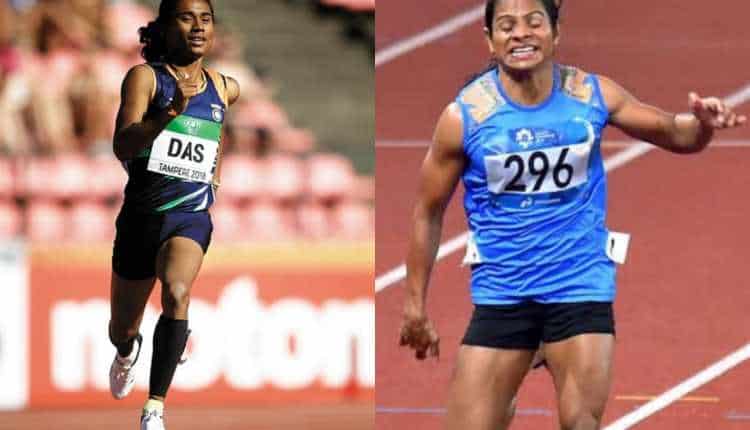 Guwahati/New Delhi: Star sprinters Hima Das and Dutee Chand are likely to miss their Olympic qualifiers that will be held in Poland on May 1 and May 2 due to the Covid-19 induced flight cancellation connecting to Amsterdam.

The women’s and men’s 4100m and 4400m relay teams were scheduled to fly to Amsterdam in the early hours of Thursday, but the Dutch government has suspended flights from India as of Monday evening.

Since there is no direct flight from India to Poland, the Athletics Federation of India (AFI) attempted to book an alternative flight to any European city en route to Silesia, Poland where the event will be held on May 1 and 2.