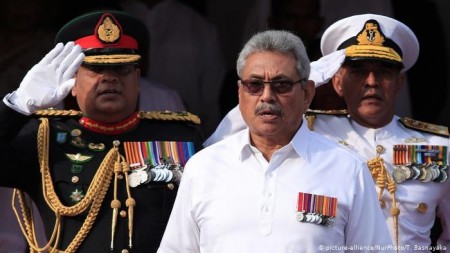 Colombo: Sri Lanka has banned 11 hardline Islamist organizations, including the Islamic State (ISIS) and al-Qaeda, for their link to extremist activities in the country.

President Gotabaya Rajapaksa under a special gazette notification issued on Tuesday proscribed the radical groups under the Prevention of Terrorism Provisions Act.

The notice also states that anyone who commits a violation or acts in collusion will be sentenced to 20 to 10 years in prison.

NTJ’s suicide bombing attack on churches and luxury hotels had killed 270 people while injuring 500 others.

A special investigative probe panel appointed by the former President Maithripala Sirisena in 2019 had recommended the banning of Muslim extremist organizations who advocate radicalism in the Buddhist majority country.

The report also called for a ban on radical Buddhist groups, BBSs or Buddhist forces. The panel said BBS’s actions contributed to the radicalization of Islam.

However, the Gazette has excluded the Buddhist group.

The panel report was rejected by all political parties despite the head of the local Catholic church Cardinal Malcolm Ranjith urging the implementation of its recommendations which he said would give some justice to the victims of the bombings.

The Commission found Sirisena and the brass of the then Supreme Security Police to be guilty of failing to stop the bombing, despite the availability of prior information about the imminent attack.